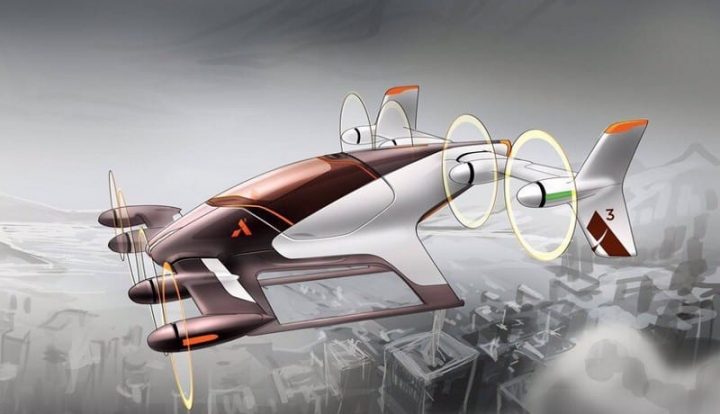 Most of you at least once in your life must have been pissed off with the congested traffic of the cities. One of the major criteria to figure out how developed a metropolitan city is by the overrated traffic and due this scenario even for once some of you must have thought that how convenient it would have been if flying cars would have been available. This might seem to be a fictional idea but nowadays science and technology have surpassed all limits. Thus, Vahana transforming fiction into reality is not really a big thing that you cannot crack.

This idea has been so seriously grasped by several inventors that they have actually started to work on this Vahana project. After a lot of research the inventors have finally come up with remarkable idea and design to support their dream of inventing a flying car namely Vahana. The major crux of the entire plan is that beside ruling the sky this revolutionary Vahana will also be capable of ruling the roads. This plan is still under progress and the engineers have assured that they will take some years to change this dream into reality.

Some inventions have been made in this regard but instead of creating flying car, flying buses have been launched. A European manufacturer of aircraft is working on this project at its research center on Silicon Valley to make a flying taxi that won’t require a driver rather it would first be handed by a pilot and will finally be autonomous. It has been given the name called Vahana, which would be a lean flying aircraft with only single seat.

Hence, the driver will only be the passenger who will have to sit below a canopy that looks similar to a motorcycle’s helmet and the flying aircraft is designed in such a manner that it would resemble and will be operated like a helicopter. This is one of the very earliest project undertaken by A3, under the developed venture and partnership project in relation to the Airbus Group bases in Silicon Valley.

This Vahana aircraft does not require a runway. The passenger and the driver ought to be the same person, which means that more than one person will not be allowed at a time. It has the feature to automatically detect and avoid obstacles like different aircrafts present on the sky.

The Chief Executive Officer, Rodin Lyasoff wrote on their website that they are planning to make this advanced vehicle the very first passenger aircraft that would be certified.

They have also confirmed that that it would take off vertically, since there are helicopters like struts and tilting wings that consists of four electric motor.

The Vahana team have confirmed that they would launch this device almost by the end of 2017 and the model would be available in the market by 2020. With this craziest innovation, the life of several human beings will become less stressful by being able to avoid unwanted traffics.