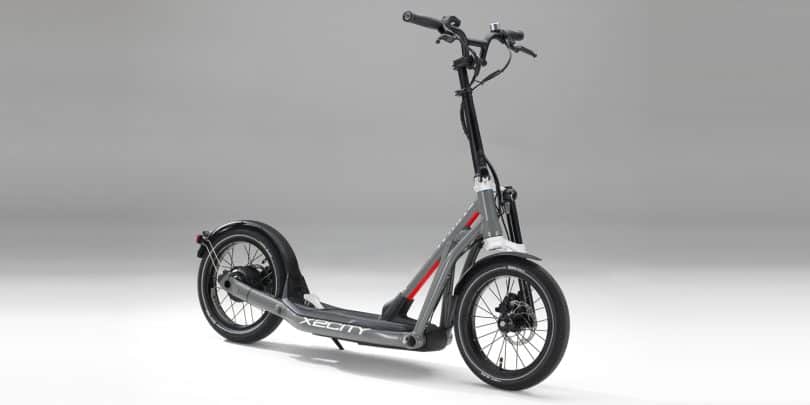 BMW is launching another X2City electric vehicle on the market. However, not a car, but a motorized scooter, which is developed in cooperation with the bicycle specialist ZEG. However, its not really cheap.

Like all big car owners, BMW is also focusing on electric motors. The Bavarians also want to electrify their motorcycle division. In the past year, BMW showed how the future could look on two wheels with its e-bike concept Vision Next 100 and recently with the design study Concept Link.

Already almost market ready is the now presented X2City, which is to appear at the end of 2017. BMW calls its new car BMW Motorrad X2City, but the “motorcycle” in the name is a pure marketing designation: The two-wheeled vehicle is not a real bike, but a pedal with a small electric motor. The X2City got the classification as Pedelec25, which means future owners over 14 years are allowed to drive without helmet and motorcycle driving license. If they have the necessary small money, because the X2City is to cost 2,500 euros. 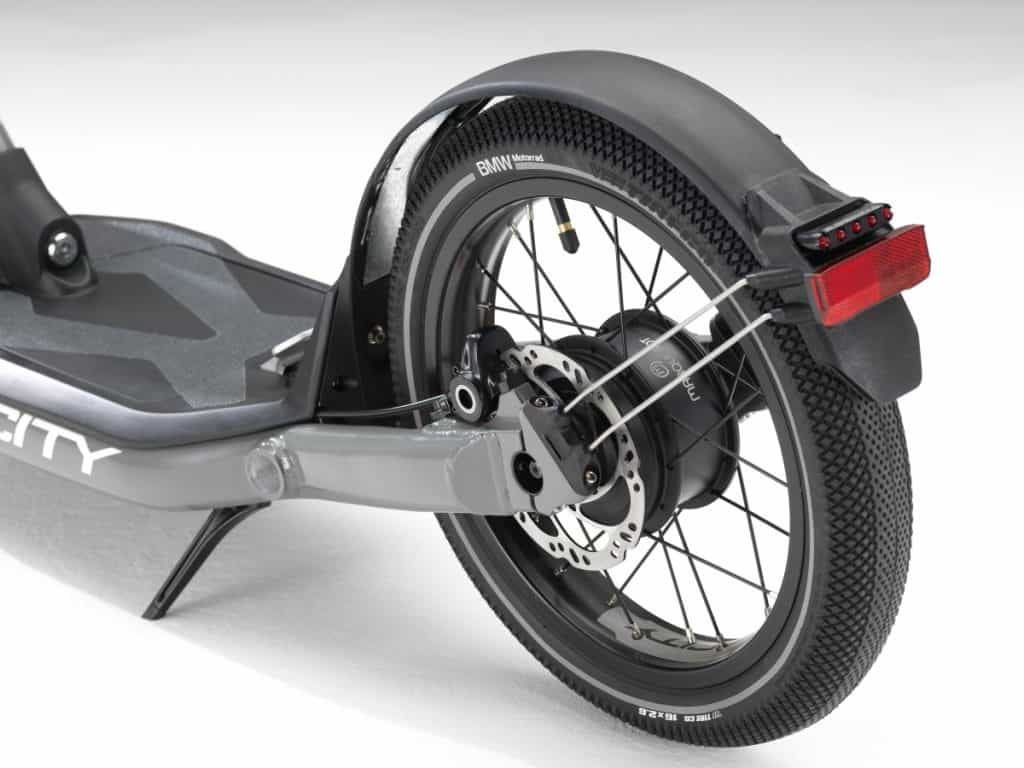 The engine in the rear wheel of the so-called kick-scooter jumps only at six km / h, then the driver can choose between five preset speed levels: eight, twelve, 16, 20 and 25 kilometers per hour. BMW has a range of 25 to 35 kilometers for the electric scooter. This makes the vehicle particularly suitable for use in indoor areas – for example, if the user does not want to put his own car, bus or train between two business days. If the lithium-ion battery with its 408 watt hours (Wh) is empty, it is – according to the promise of BMW – after two and a half hours again fully charged. Charging takes place via a magnetic plug, which fits into a conventional household socket.

Due to its compact design, the X2City is “still below the level of folding bicycles” according to BMW. With its weight of 20 kilograms, the electric scooter is to be “easily accommodated in the luggage compartment of a small car”.

BMW developed the X2City together with ZEG’s two-wheeler purchasing cooperatives, which distribute brands such as Hercules and Kettler. Unusual: although BMW calls the e-scooter a “motorcycle”, the two-wheeler is not distributed through the in-house dealer network. Instead, ZEG takes over the distribution – the X2City should be available in bike shops and onlineshop accordingly. BMW also does not provide any support; customer support is provided exclusively by the bicycle retailer.

To equip a scooter with an electric motor, this idea is not new. The concept already exists, for example, with the FlyKly Smart Ped or the powerful Scrooser. The latter is an invention from Dresden, which looks like a mixture of “pedal scooter, a Harley Davidson and the Batpod from The Dark Knight”). 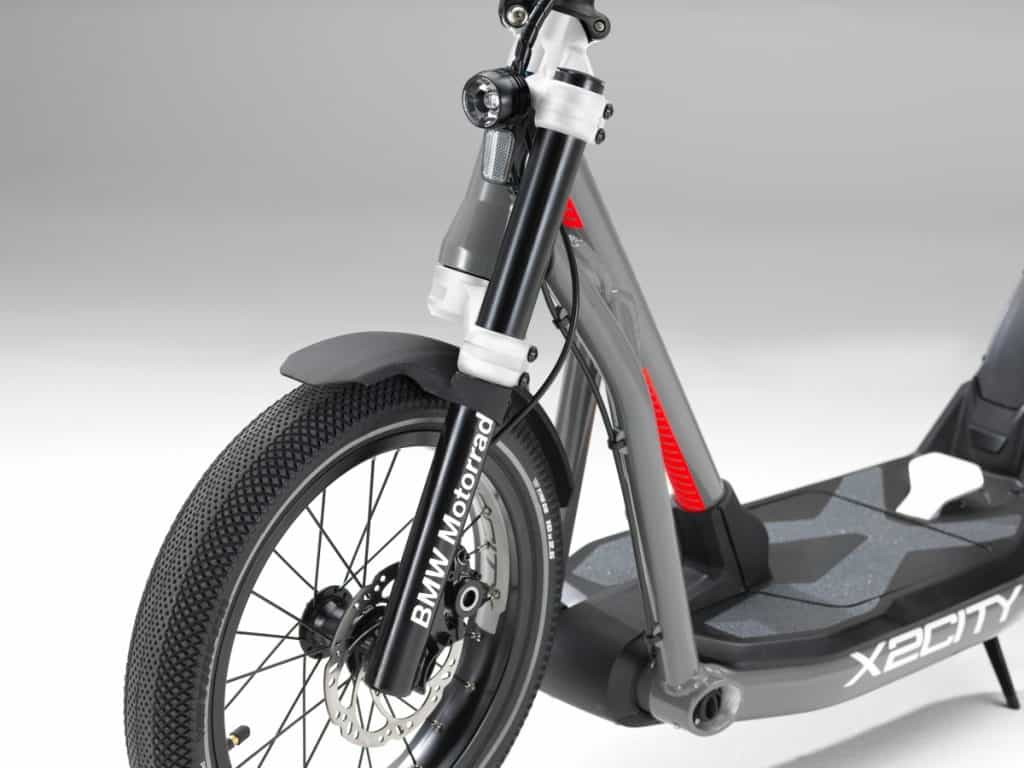 The manufacturers of real motorcycles are now also using the power of the electric motors, including the Italian manufacturer Piaggio with its iconic Vespa scooter, Unu from Berlin and Mahindra from India.