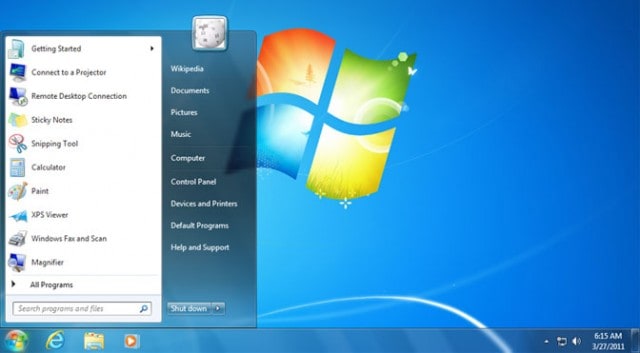 Microsoft grandly launched its Windows 7 OS few year ago wherein it offered free update to all the users for windows 10. Windows 10 not just skipped on the iteration nomenclature but it also brought a consistent OS which remains same on every kind of device ranging from the laptops, desktops, tablets to smartphone.

Microsoft did everything within its limits to promote exodus to the free and advanced Windows 10 Os but users didn’t bought that. Most of the users all around the globe become so much attached to their existing operating system that they doesn’t want to increase their learning curve and to leave their reliable and easier to use existing operating systems.

One of the most popular and widely used operating system from Microsoft is Windows 7 which still powers millions of devices on global scale. Microsoft has promised to keep bringing the regular security updates to Windows 7 till January 14, 2020. Still it maintains that over the time updates will be secure enough for the devices running the outdated operating system and one should make the jump to Windows 10.

Windows XP situation is a well documented one wherein users failed to update or move to the new OS and has to deal with a slew of threats and attacks on their systems. Microsoft finally removed the support for XP in 2014 and even today XP is in use and it gets support from Microsoft only if that enterprise has signed up overly expensive custom support contract. Microsoft has brought the same thing for Windows 7 enterprise users till January 2020 but it isn’t going to bring public security patches any further.

The head of Windows at Microsoft Germany named Markus Nitschke has stated that Windows 7 has run its full course as an OS. It fails to meet the requirements of the ever evolving modern technology and doesn’t fair well on the high security requirements of IT departments which is scary in itself.

The security model deployed for the creation of the Windows 7 is almost a decade old which isn’t strong enough to counter the current breed of online threats. He further proclaims that the people who are waiting for the official to end for the Windows 7 are simply going to over by the costs of removing –threats from their system in the same period.

Windows 10 has reputation of being the most secure OS ever developed by Microsoft as it comes loaded with application sandboxing, biometric login support and pre installed virus and threat protector called Windows Defender.

In short Windows 10 is ready to face the threats of the modern computing needs head on without affecting the user experience or causing unwanted displeasure for the end users. Microsoft is causing a scare among the Windows 7 users rather it is trying them to update their system for a highly secure one.