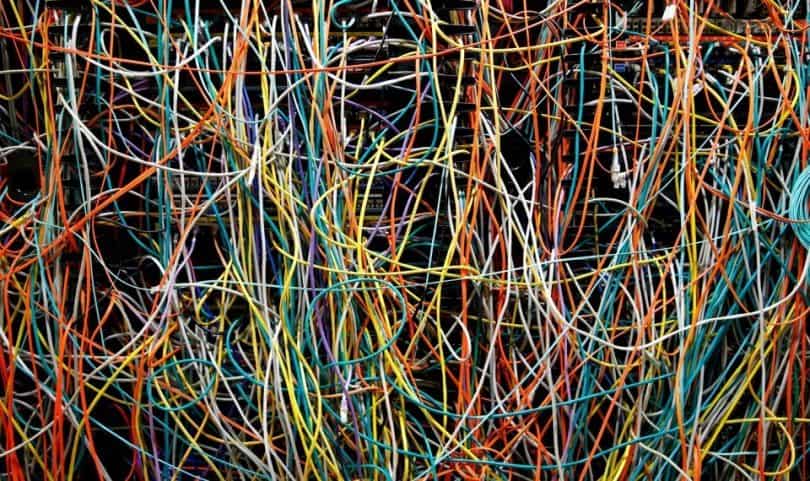 The digital world shuddered this Thursday in the United States. The Federal Communications Commission (FCC) of that country announced the total repeal of the net neutrality standards approved by the Barack Obama government in 2015, which prevented providers from charging additional fees for access faster to certain content on the network.

Basically, they were obliged to treat the entire digital universe equally, which, in political terms, meant that the authorities ensured that the companies that provide the service did not block, slow down or discriminate in any way any content or applications.

With the new law, everything will change.

What is the net neutrality and why does it matter that the United States has finished with it?

The government of Donald Trump puts an end to the rules that ensured the net neutrality in the United States.

The companies that provide the service will now have the freedom to experiment with new prices, prioritize or block content, without having to render accounts.

This could have great benefits for the suppliers, explains Ryan Singel, an expert in net neutrality at the Center for Internet Studies and the Society of Stanford University.

And this is due, he says, to that traditionally the telephone market in the United States has been very uncompetitive.

“We have only four large companies that provide wireless and broadband internet, which is terrible, and 51% of Americans have only one option to choose their Internet service,” he adds.

With this new model of net neutrality, it is estimated that these companies will be able to raise much more money from the netizens and also invest in improvements for their services.

“By removing the restrictions, these suppliers will be the main beneficiaries, increase their profits, become more competitive and this will allow them to expand and improve the service or take it to smaller communities,” says the expert.

But if for companies net neutrality will bring benefits and in theory will help small communities to have greater access to the network, what will be the consequences that this could have for the vast majority of users or for companies that use Internet services in the United States? ?

And how can this affect the rest of the world?

According to Singel, one of the first effects will be a rise in connection prices.

However, the specialist explains in an interview with BBC World that the main consequences will not be visible immediately and that they will not have a “direct” effect on current users, although they will be the most affected.

“The vote approved on Thursday allows the large Internet provider companies to find ways to charge more money to companies that are online, that is, allow them to raise prices if they want to have faster access to the Internet.”

Until now, any company that wants to use the network could do it regardless of its power or size.

Had the same right a young programmer from a town in Massachusetts who wanted to open a blog or create an application on the benefits of beekeeping that a giant like Google.

But from now on, companies will be able to discriminate which users give more bandwidth or who will limit or cut services.

“It is good to say that the first consequences will not fall directly on individuals. The fastest way to make money is behind the companies that are in the network, which in turn, will be reflected in the internet experience of ordinary users “says Singel.

The problem, he adds, is that the above will make the services we use online, such as streaming services (to watch videos or listen to music), become much more expensive as well.

“Netflix, for example, will become more expensive, as they will have to pay higher fees for using better quality internet to offer their services, they will need to charge their users more to maintain it, so we will see that the Internet will become much more expensive in the services for which you pay “, explains the specialist from Stanford University.

Other services, such as online sales, may also experience a price increase: when you have to pay more for internet service, the prices on the products will also rise.

Similarly, as some companies will benefit over others, the largest, like Amazon, would benefit, while small entrepreneurs will see their sales possibilities reduced.

Also, the specialist believes that, in general, it could generate a “differentiated internet” for those who can pay more and for those who pay less.

“As it happens in some countries we can find that Internet services are sold in” packages “, as it happens with telephone plans or television channels, grouped according to the provider,” he says.

Singel warns that there will also be fewer free services: since the companies that now offer this type of utilities will have to pay more, if they do not charge more they will become unviable from the economic point of view.

This, he says, will not affect the big companies that can pay for this.

However, it could mean the end of smaller companies or the failure of new projects in the network.

“Given that the prices to have a better internet will rise and the suppliers will be able to control it at will, there will be fewer new companies in the network, there will be less variety and will keep the power concentrating on the internet giants and that there will be less possibilities for innovation and for plurality, “he says.

Another of the most controversial points of this new law is that Internet service providers may block or censor content for any reason.

“If Comcast and Verizon, for example, decide that we do not want to have sites that sell weapons, they can block those sites.” In the previous rules, companies were obligated to keep any page on their servers regardless of whether they were in favor or against their Now all that changes, “says Singel.

During the previous law, any service and any application were legal under US law and no one could interfere in that without a judicial or federal order. Now this prerogative belongs also to service providers.

“If a foreign company wants to use American Internet services to reach more users in that country, it can be found that it will not have the same capacity to distribute its contents as a local company or an Internet giant,” he says.

A similar effect for companies, innovators, small businesses or applications that seek to host information on American servers: they may find that the speed to access them slows down or increases.

From now on, the nature or size of the company will guarantee that it has a better or worse internet service.

On the other hand, the expert points out that the consequences are not only on the practical level.

“For a long time, the United States had been a leader in Internet neutrality, an international example, and the law signed by Obama to regulate the Internet in 2015 has become an international milestone,” he says.

The new law, according to Singel, is “a very bad message for the rest of the world, because they show how the big telephone companies can dictate to governments what they have to do”.

But, according to Singel, it could also have political consequences within the American society.

“It is good to clarify that it is a measure that is taken despite widespread opposition from public opinion, from experts and that transcends even the classic division of opinion between Republicans and Democrats,” he says.

A survey published this week by the University of Maryland indicated that 83% of Americans opposed the change in the law. Only among Republicans, the level of opposition was 75%.

“This, logically, is also negative for the image of the government, because it is something that the people did not want, but they did not listen to it and approved it anyway, that is not a good way to make people believe in democracy. and in democratic processes, “he concludes.