Building homes is a time consuming and tedious affair which often hikes the expenses and affordability concerns in long run. In its first an engineer from Perth has successfully developed a fully automatic robotic bricklayer which possesses the ability to raise the brick shell of a new home just in two days. It is expected to give immense boost to the real estate sector where it can put to work for 24 hours a day and 365 days a year.

Compared to the real human worker this robot is highly efficient in performing round the clock work with precision and accuracy. Workers usually can put in four to six weeks of tremendous back breaking work for raising a typical home while this robotic bricklayer can make it happen within two days without any burnouts. 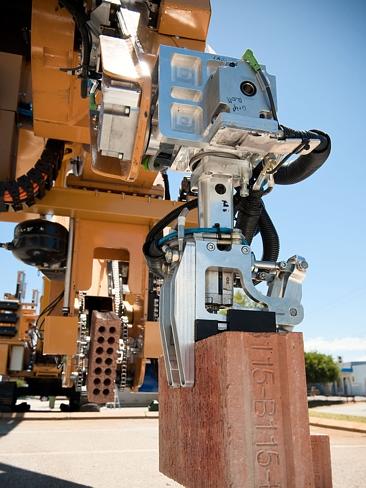 A Local Inventor Behind This Influential Robot

A local inventor from Perth, Australia named Mark Pivac has brought his knowledge and experience as an aeronautic and mechanical engineer in developing this robotic bricklayer. This idea of developing a robotic bricklayer emerged to him during the Perth’s bricklaying crisis of 2005.

Mivac states that bricklaying as work has been in operation for about 6000 years but no one had ever thought of automating this process for better returns. Given the technological advancements and different kinds of technologies at our disposal, it had become increasingly possible to create a robotic bricklayer with right amount of technology and vision. 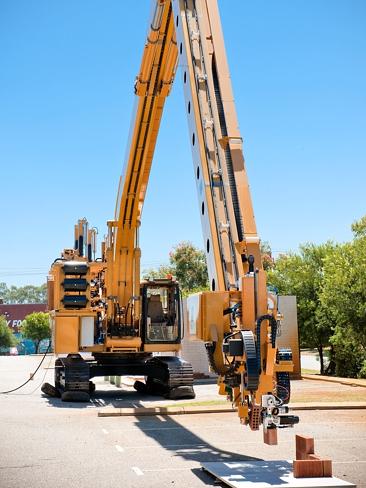 Hadrian All Set To Amaze The World

This robot has been named Hadrian after the famous Roman defensive wall of antiquity. It has the capability to lay 1000 bricks per hour along with working continuously for day and night. With this it is possible to erect as many as 150 homes each year. It works on the basis of a 3D computer-aided design (CAD) for building a laying program for a house or structure. With the help of this program it can calculate the location of every brick cuts it and lays it down in a perfect sequence from a single fixed location.

Furthermore a 28m articulated telescopic boom also set out to work with it. The mortar or adhesive is delivered with a calculated under pressure to the robotic laying head which is later applied on the brick and finally it is laid in the correct sequence of the program. Robot has other features also like scanning the quality of bricks, cutting it with precision and routing for electrical or other services.

Mivac feels that working as an engineer for Air Force had come as a blessing in disguise. He was exposed to some extraordinary high technology and modern manufacturing methods which helped in developing this robotic bricklayer.

The Future Prospects Of This Robot

Fastbrick Robotic is a company set up by Pivac for developing this robot has been acquired by DMY Capital Limited under conditional agreement. Commercialization for this robotic bricklayer has been started and very soon it will be seen in West Australia followed by rest of the country and then on global scale.