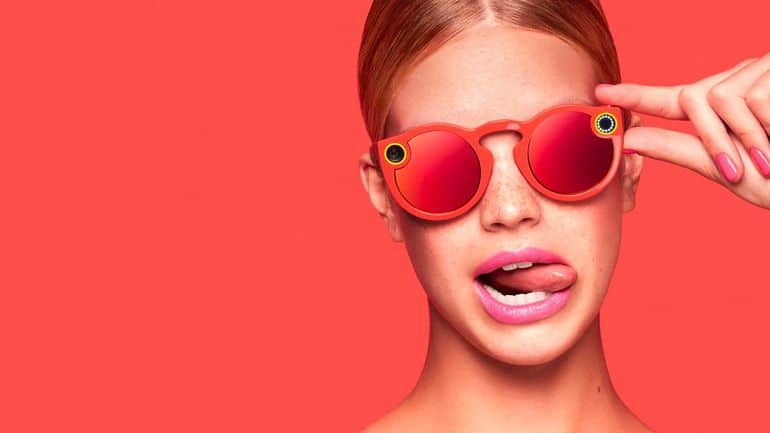 The snapchat spectacles from Snap Inc. is hyping the internet world. The Videobrille is to make the sharing of snips on Snapchat even more fun. However, the gadget does not fit into the everyday life, our test shows: It is more in a social media dystopia.

When someone put on the snapchat spectacles, they think of James Bond 007. Like 007, who gets from Q profane everyday objects with built-in espionage or combat equipment, they have snapchat spectacles with hidden camera. However, the LED lamp clearly indicates that they are recording, and the flashy frame does not just fuse me with the environment. They feel like the most miserable secret agent in the world.

In fact, the manufacturer does not want Snap Inc. that I conspirative conversations with movies, but simply moments capture – from my point of view. Although I like the concept of the stories on Snapchat, I use private rather the equivalent on Instagram or even WhatsApp. Is the 150 euro expensive toy a reason to return? 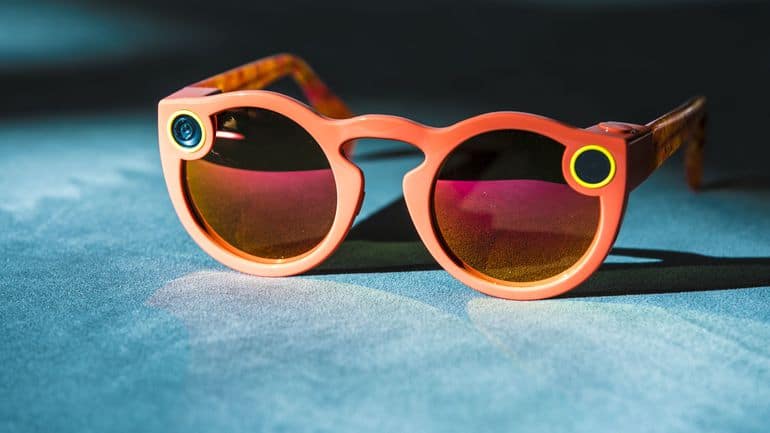 With an idea that previously had no other social network, Snapchat became a billion-dollar technology company from a simple messenger app: the news and photos disappeared after 24 hours. Since September 2016 Snap has, however, a new focus and is no longer as a messenger or social medium, but as a camera company.

The Snapchat Spectacles have been available throughout Europe since the beginning of June. The Wearable is in a bright yellow pouch and delivered in a transparent plastic cylinder, which reminds the packaging of tennis balls.

On the way home from the office I try the snapchat spectacles right out. Pairing with the smartphone is quick and easy. With a button on the left bracket above the LED lamp, I record videos of 10 or 30 seconds. The built-in memory can also cache snaps to synchronize them later with the smartphone. By Bluetooth (in SD quality) or over WLAN (in HD) the video snippets are loaded into the Snapchat app. From the memory, I can send them to friends or share them in My Story.

From the bike I snap the world around me. Recording hands-free video is fun. And when playing, they are similar to what you would expect from a VR video, the movement of the smartphone. The snapchat spectacles, however, are not suitable as a lawned action cam like the GoPro. They do not have to, because the split snaps disappear after 24 hours anyway. The video and sound quality is perfectly fine.

In the evening I go to the cinema with my snapchat spectacles. Admittedly, I have fun trying them out with friends in the foyer. However, snapchat spectacles indoors with camera also makes no sense. The attention of the curious Kinopersonal is safe for us. “What is this snapchat?” One asks. One quickly realizes that the hype around the app really never really arrived. The last words of the card-ripper before we disappear into the cinema hall are: “And hey, do not record the film, understood?” The eye-catching snapchat spectacles are perceived rather as curiosity, like the currently fidded spinner.

Where are the Snapchat users who envy me about my new gadget? Snap has also released current user numbers for the app. According to this, five million people use the service daily. And contrary to my subjective feeling, this is not all 14-year-olds: 60 percent of users are over 18 years. By way of comparison, Instagram’s latest official user figures are from the beginning of 2016 and were then at nine million.

Google Glass bribed users a few years ago, because this fear of losing their own privacy – and the glasses were a too stand out design. The spectacles, however, cautiously approach a future with camera lenses. More than a few snippets of the environment, they can not yet. Only with the second version, snapchat spectacles is rumored to add an Augmented Reality function.

I come to the conclusion that we are still far from the world that Dave Eggers describes in his social media dystopia The Circle. “Secrets are lies. Sharing is caring. Privacy is theft, “it says in the bestseller. (Secrets are lies, who shares, has compassion, privacy is theft.)

The snapchat spectacles would fit well into this future. Protagonstin Mae begins to wear a live camera in the course of the story, which streams each of her steps into the Internet. In the real world, in which Apple has just opened its own “Circle”, and almost all social media platforms encourage their users to live, the people around me still react with considerable discomfort to the snapchat spectacles. Even those who call themselves Digital Native and Social Media fans.

Photos and videos to shoot and share with the smartphone is universally recognized, but a wearable is used, the changes. The videos are shot from the egoperspektive. So I can live quite well with just holding the outside world and never myself – my friends like it less.

“I wear my snapchat spectacles at night,” Corey Hart sings in my head as I come out of the beer garden in the evening. My followers on the chat platform will never know this because it is much too dark. Hold my best moments? Gladly, but only in daylight. I do not want to think about the people’s eyes in the winter.

So the snapchat spectacles become a summer casual gadget. Good for situations where you want to keep something free-handed, such as for sports or cooking, bad for social situations such as weddings or visits to the beer garden. So, actually, when other people are involved.