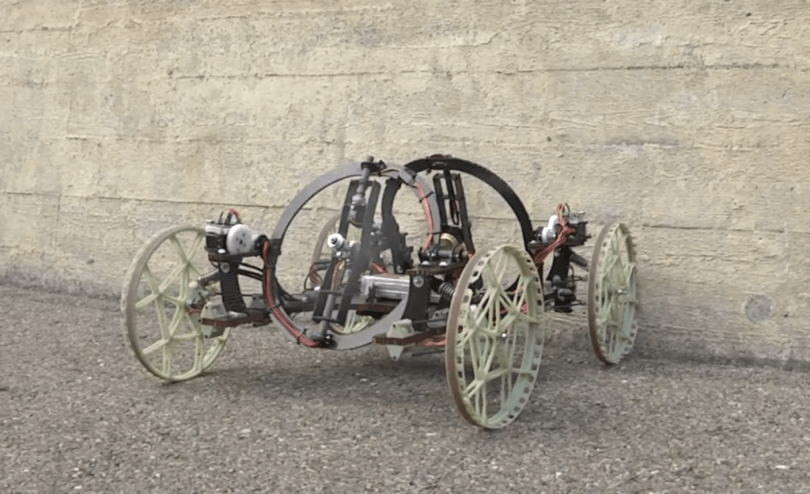 Disney had amazed us over the years by delivering highly memorable animated movies. This year it went ahead by launching a blitzkrieg marketing promotion for the Star Wars Force Awakens which happened to be a box office rampaging success. Most of the readers don’t know that Disney also possesses a highly charismatic and advanced science division and it is in the business of creating robots. The Disney Research Zurich a division of Disney has announced that it has developed a robot which has the ability to climb on the walls.

VertiGo showcases the robots can now easily travel through both the indoor and urban environments by charting their way across and overcoming all the vertical obstacles with ease. It has the ability and agility to climb the walls which has never seen before in robots. Developers have made use of two propellers instead of one which enables VertiGo to make transition from floor to wall and wall to floor with ease. 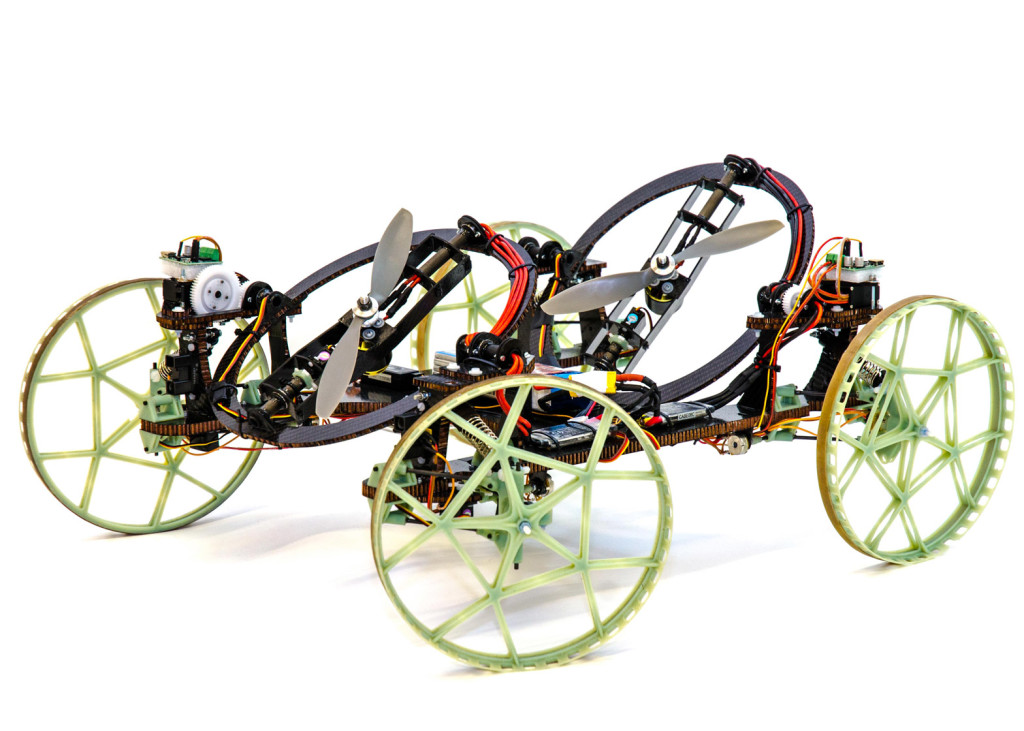 Disney’s wall climbing robot is called VertiGo which possesses the capability to easily transition from the ground to the wall. It has been created through collaboration with ETH. On the first appearance robot might look quite outdated in terms of design but it get the job done of climbing the walls with perfect ease and grace. It has two-tilt propellers, which provide enough thrust to go onto the wall and the four wheels helps in navigating through the course. Only one pair of wheels are steerable just like in the automobile and each propellers gets 2 degrees of freedom in adjusting the direction of the thrust. 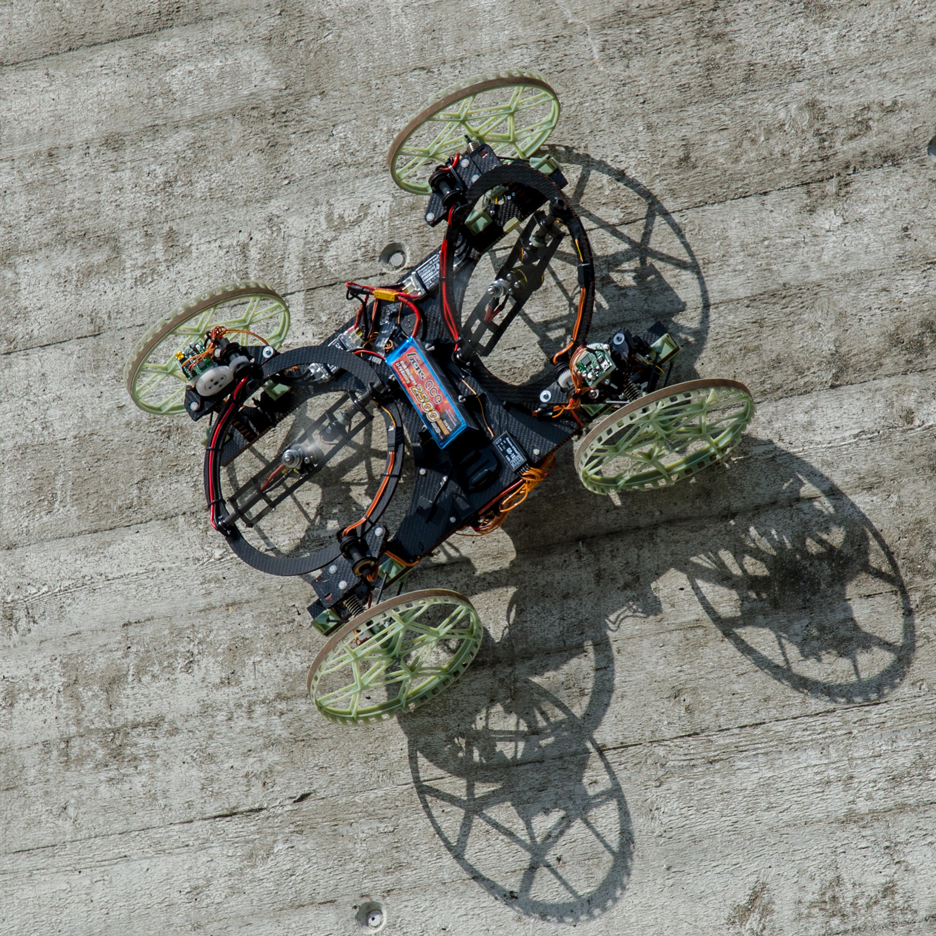 How does VertiGo Works?

In a press release Disney has revealed the science on which VertiGo works. Using the rear propellers in it  right amount of thrust is applied towards the wall and with the help of front propellers this robot is given an upward direction. These activities results in the VertiGo flipping on the wall. With the help of two steerable wheels Vertico can easily be operated to move around the wall and other surfaces. In short operating the VertiGo is almost like operating the commonly radio controlled cars. However VertiGo boasts of two infrared distance sensors which help in estimating the machine orientation in the space. 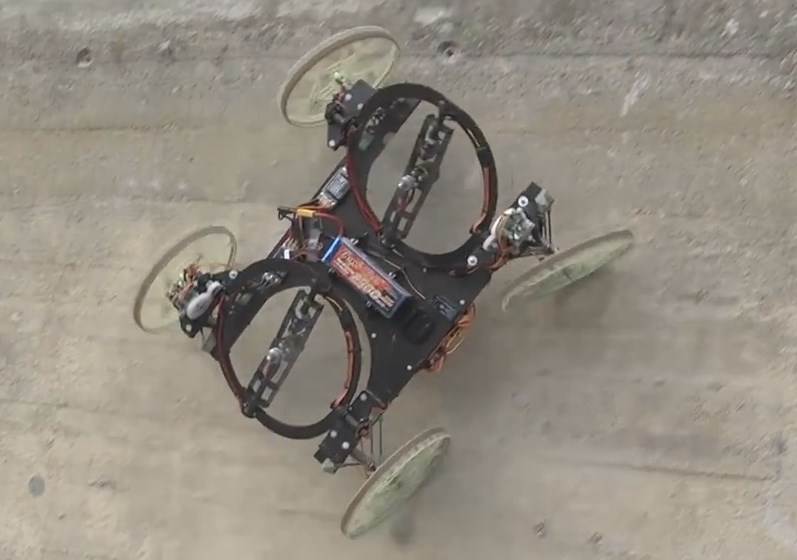 Most of the robots unveiled and showcased by various ambitious companies don’t usually makes it to the mass production for consumer usage. Same goes for this Wall climbing robot as it happens to be a prototype version and Disney doesn’t have any plans to manufacture consumer friendly version of VertiGo at the moment. The future prospects of this robot are quite bright as it has the potential to be used in the entertainment sector for providing some amazing visual effects. On other hand it also doubles up as a general technology for locomotion on walls. VertiGo can be put to good use for making industrial inspection in some of the environments which are not suitable for the human inspection.