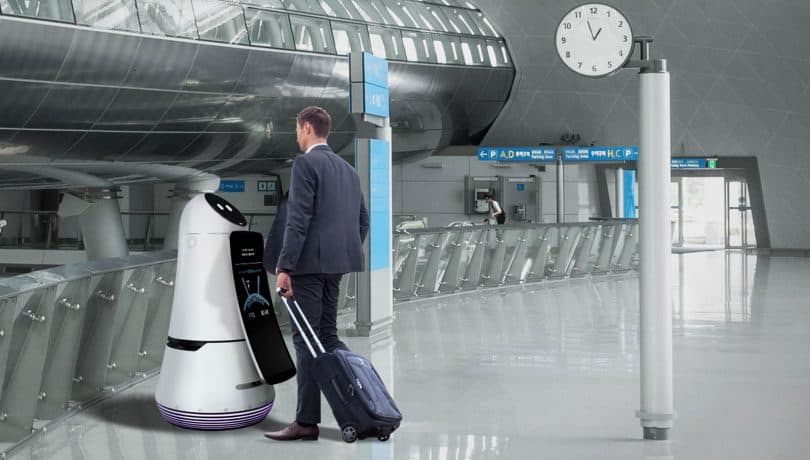 The Incheon International Airport brings passengers, to the metropolitan area of Seoul and carries more than 40 million passengers annually. Accordingly, the area is also large. As a passenger, you can already lose sight of the overview. So that no one is lost and everyone finds the gate in time, the Korean company LG has developed a special robot. The so-called Airport Robots understands four languages, knows the current departure times and gates, and can accompany the passengers to the desired destination. The shops within the airport could also benefit: the robot can also lead customers to a particular shop.

Communication with the robot should be intuitive

The simplest form of communication with the Airport Robots is to scan the boarding pass. Subsequently, the small helper then provides all relevant information. Alternatively, however, the control can also take place via LC displays or a voice control. This is necessary when specific information is to be requested. Besides Korean, the Airport Robots also understand Chinese, Japanese and English. A large part of the world’s population should, therefore, be able to communicate with the technical helper. For the first time, the Airport Robots were presented to the public at this year’s Consumer Electronics Show in Las Vegas. Now they will be used under real conditions and have to prove their abilities. 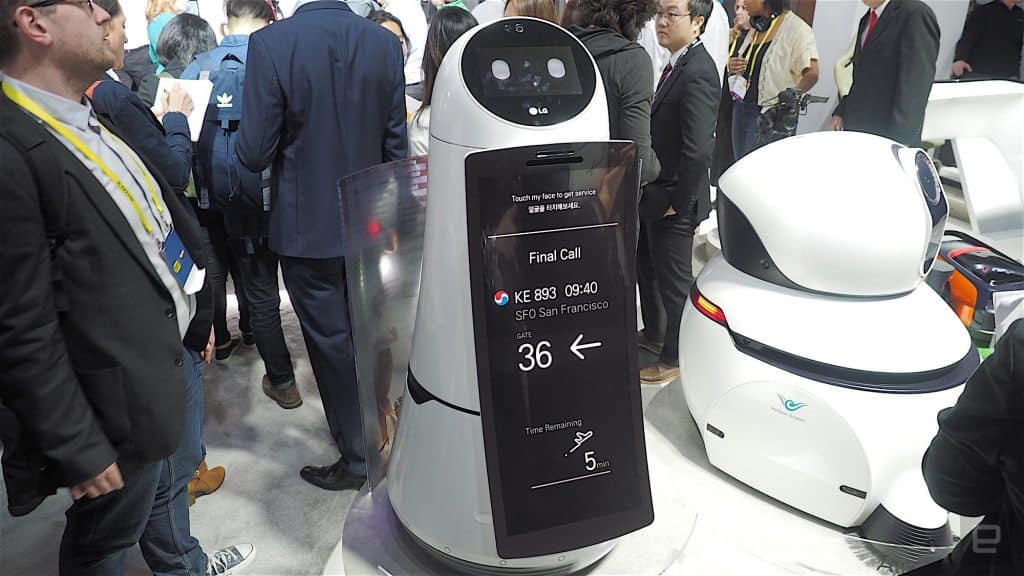 According to LG’s press release, the airport robot announced in spring at CES 2017 has been operating in South Korea’s largest airport since 21 July. The small Airport Robots can communicate with the travelers by means of voice recognition and a large display. He understands the passengers’ questions, provides the relevant information, and can even scan the maps to get more information quickly.

The first models understand, according to LG, those four languages, which are most frequently spoken in Incheon airport: Korean, Japanese, Chinese and English. In addition, a guided robot, sliding on rollers over the ground, guides the travelers to their gate as required. The team of Airport Cleaning Robots, who keep the areas of the airport continuously clean, are rapidly becoming increasingly polluted. LG is expecting a lot from its new airport robots – the tests were anything but smooth.

As Engadget reports, the LG engineers have to adjust and improve the performance of the Airport Robots during the test phase, while the small helpers apparently loosened and occasionally caused anger. Now they should be prepared for a first major test. It remains to be hoped that they will be spared the fate of the safety robot, which recently ended in Washington, DC in a fountain.