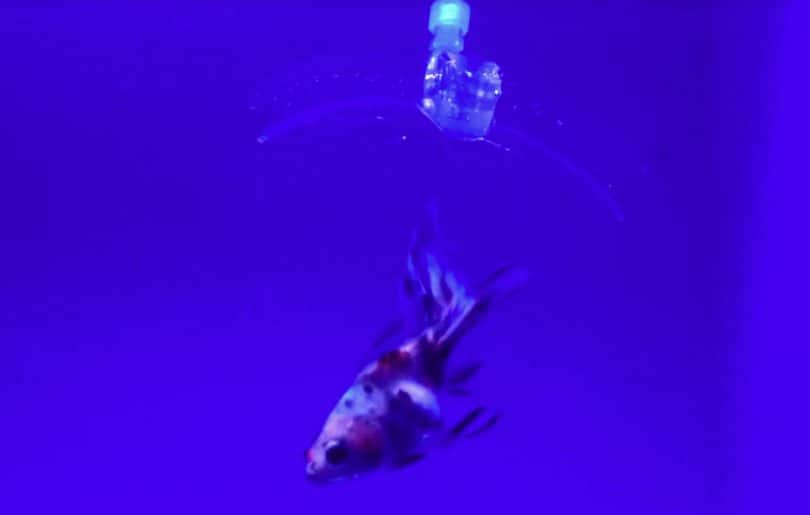 Science has developed so much that it has the power of manufacturing robots that is more like a human and can perform every task with utmost accuracy and lacks only the emotional side. Similarly, the latest Claw Robot launched by MIT resembles claw machine that is generally found at the forefront of an arcade only, unlike the robots the claws are prepared out of clean and clear membranes.

The Claw Robot are designed in such a manner that the programming it bears, enables the robots to identify real fishes, they do not even by mistake delve towards the dolls prepared out of Minions. The other features are almost similar.

The limb of the Claw Robot is manufactured from hydrogel, which is very much a flexible substance which is introduced out of water, and they intend to form structures taking account of 3D printing techniques and laser cut outs.

After managing all these technicalities, water is flushed into the limbs that enable the limbs to stretch easily, leading the hands to open and close easily.

The researchers after trying a lot were able to develop the claws which were extremely necessary, out of the Claw Robot inspired by eel. This advancement allows the Claw Robot to show their technique in the best possible way by grabbing goldfishes that too without harming any other stuff during the entire process. This is a major feature of this robot, hence no compromise should be done in developing this feature.

So, the researchers have been very conscious in forging this feature. Thus, they did not move according to the technique used in developing hands of traditional robot that had the possibility to thither the fishes during the process and none wanted that flaw to be added in this robot. MIT seems to have taken special measures to try and avoid all sorts of discrepancies that will add a negative remark to the robots it manufactures.

The group involved in its making admits the fact that they still haven’t developed the angle where the robots will be able to grab fishes considering the odd and even ones.

But, the material that is used to develop the limbs makes the hands much more identical with those of the hands of the human beings in terms of its functioning capability. This indicates that the time is not far when these robotic hands will be used for surgical purposes and will be capable of replacing the real, natural hands leading to almost same functioning.

The major element used is Hydrogel that is very spongy and biocompatible, has the capability of adjusting to the other organs of human body. There is a plan to carry this hydrogel based development in to the medical field as hydrogel due to its properties is highly regarded by the doctors for surgeries and operations.

This efficient fish grabber was manufactured by the Office Of Naval Research, the MIT Institute for Soldier Nanotechnologies as well as the National Science Foundation that is very soon intended to rule the medical world.