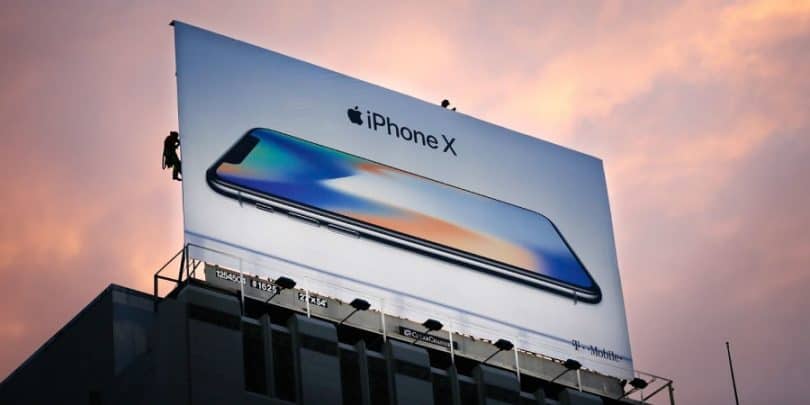 Overall, the Christmas business of the past year was a complete success for the company: The profit rose compared to the previous year by 12 percent to 20 billion US dollars. This exceeded the previous record from 2015 with US $ 18.4 billion – even though the Christmas quarter of 2017 was one week shorter than the year before. Significant share of the good numbers has especially the current top model iPhone X. The device is since the launch every week the best-selling Apple device. It also performs well compared to the competition. In the fourth quarter of last year, the iPhone X was the best-selling smartphone, with a total of 29 million units sold. However, the total number of iPhones sold by all models fell by one million compared to the previous year.

However, the new record does not deceive the fact that the iPhone X not only provides positive news. The expectations of analysts for the current fiscal quarter are not met by the current forecast: Apple expects for the second quarter of revenue of 60 to 62 billion US dollars, analysts expect 66 billion. Experts suspect that after the first push, the demand for the 1149 euros expensive smartphone iPhone X probably diminishes.

Apparently, the demand is so low that Apple wants to throttle the production of the device. According to insiders, the group has halved the planned number of 40 million for the first quarter. In the process, the high price even paid off: With the iPhone X, the average price of an iPhone rose by almost 100 US dollars to 796 US dollars. Overall, Apple recorded in the 2017 tax year, a profit of 48 billion US dollars. The statistics are all positive so far – but apparently fails Apple’s own expectations: The iPhone X was namely a so-called supercycle is expected, so a device that not only stable sales, but significantly increases.