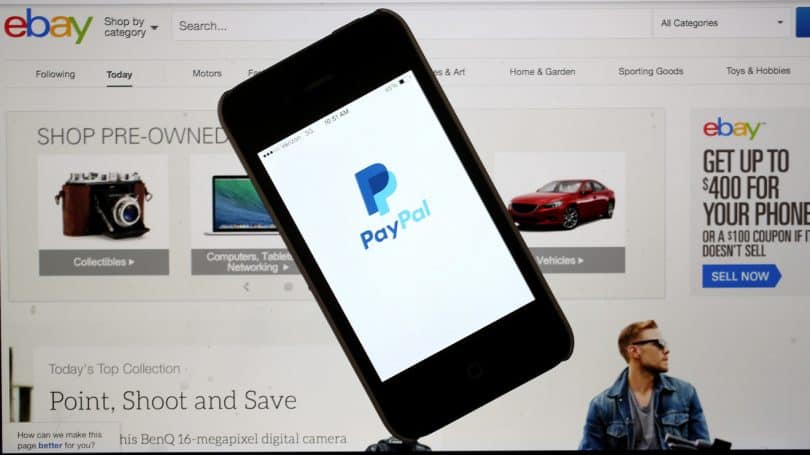 PayPal and Ebay are on their way to break up after 15 years of relationship. It was Ebay that this morning announced its intention to abandon PayPal as the main method of payment when the agreement between both companies ends in mid-2020. The eCommerce company has announced that an agreement with the payment company Adyen, based in Amsterdam , to take over and implement a new native payment method.

When that moment arrives, PayPal will be relegated to a secondary payment option, so you can continue using it. Taking into account that both companies have been going hand in hand for years we are facing a major change in direction, and to try to avoid confusion we will explain where this decision comes from, what it means, and what consequences it may have for users.

What is going to change exactly

Currently, when you make a purchase on Ebay, when it comes to paying it you have to resort to PayPal. Come on, that Ebay does not process the payments, but delegate PayPal to do so. When the announced change is made, you will no longer have to “exit” from Ebay to pay, as it will implement a native form of payment.

The person in charge of designing this new payment method will be Adyen. It is not a payment company like PayPal, because instead of using its own processing system, it is dedicated to implementing native payments on its clients’ platforms, among which we find large companies such as Netflix, UBER or Spotify. Work with more than 150 currencies and more than 200 payment methods.

Therefore, although Ebay has not yet explained the details of its next payment system, it is expected to be similar to what we can see in other Adyen customers. It will not be necessary to have an account in another site, since there will be new forms of payment such as payment by credit and debit card.

Once the change is made, PayPal may continue to be used as a secondary method of payment. This means that you will have less visibility in the payment process, but you can choose it as an option to do it exactly as you have been doing so far.

The “timing” will be the next. Ebay will begin the intermediation of payments on its small-scale Marketplace platform in the United States beginning in the second half of 2018, and will gradually expand it from 2019. By 2021, Ebay expects to have already transitioned most of its customers to the new payment experience, for which they will be asked to fill in a series of payment data for the transition.

Ebay and PayPal: the story of a divorce

PayPal was initially founded under the name Confinity by Max Levchin, Peter Thiel, Luke Nosek and Ken Howery in 1998, before the puntcom bubble burst in the United States. Confinity merged with X.com, an online banking company founded by Elon Musk, and from the merger of both companies in 2001 PayPal was born.

In 2002, Paypal had already become the main method of payment of the Ebay marketplace. At the beginning of that year he decided to go public, although in July everything changed when Ebay made the decision to acquire the company for 1,500 million dollars.

With the passage of time, PayPal went from being a complementary company to become the big accelerator of Ebay, achieving better economic results than its parent. This is where the ‘activist shark’ Carl Icahn comes in, an investor with 2.15% of the shares of eBay that started to lead a group of investors that demanded the company to split the payment business, Paypal , of the rest of the business.

So it was. In September 2014, Ebay announced that it was separating from PayPal, and the IPO of the online payment company as a different company. With this, they intended to give PayPal greater independence and the ability to specialize in its management in order to compete with growing competition with the boom in mobile payments.

Therefore, today’s announcement is still the penultimate chapter of the divorce between two companies that are increasingly separated. The next one will take place in July 2023, since on that date the agreement between both companies will expire so that PayPal remains a secondary payment option. It will be then when we see if they renew the agreement or Ebay totally dispenses with PayPal in its online trading platform.

What Ebay earns with all this

With this long-term movement, Ebay aims to gradually recover control of online store payments without having to resort to third parties. It is expected that it does so with a mechanic similar to what we see in other Adyen clients, with a process fully integrated in the platform and with which it will not be necessary to leave the web to complete the payment.

Scott Cutler, senior vice president of the Americas at Ebay, said in an interview that this movement has been driven by Ebay’s position as the leader in e-commerce. This has given the company, he says, the opportunity to put the focus on the experience of use in the payments of its customers.

“By analyzing the future evolution of the e-commerce experience, we wanted the opportunity to offer a seamless and seamless experience to customers … open, fluid and flexible, that will be the experience for our buyers.”

It is clear that behind all this movement is the interest of Ebay to be able to control more closely the data of payments made on its platform, and be they who dictate the conditions to which these are subjected. However, as always happens in these cases, from the company they sell it as a movement with which they only think of their users.

In its announcement, Ebay has focused on the benefits that this change will bring to the sellers that use its portal. For example, they have assured that they will have lower costs for the processing of payments, with a price structure that is simplified and more predictable. It is normal that this is so at the beginning to attract them to the new payment, but it remains to be seen what happens in the long term.

The eCommerce company has also announced that it is working on a solution to provide them with detailed information about their business in a kind of new centralized information page. In it, sellers can easily track and manage all their transactions and interactions with their customers on Ebay.

The company also promises more conversions to sellers. Ebay intends to offer more payment options and expand these options to more geographical areas, so they hope that with this movement sellers can reach more buyers and that this translates into more sales.

And what about the buyers?

As for the buyers, these are not going to notice changes immediately, since the plans of Ebay happen to be implementing little by little their new payment system. Therefore, until now in 2019, it is unlikely that we will start to see the new payment method of the company, so that until then we can continue buying as before.

Yes, once implemented the system that will design Adyen, Ebay promises to offer us more options when it comes to pay. This promise at the moment is a little ambiguous, especially since we still do not know exactly how the new process is going to be, but we can expect the acceptance of more cards or currency types.

What we do know is that everything will be integrated into Ebay itself. This means that, when we go to make the payment, a new window will no longer open for us to process it through PayPal unless we choose this option deliberately. This should increase the comfort when making our purchases.

But there is still a great unknown, and that is the conditions and guarantees that the new method will offer. PayPal has a complete anti-fraud system, as well as other important guarantees such as a system of claims for defective products, protection against unauthorized transactions or free returns. We still do not know how the new Ebay method will work, so there is no way to know if we will lose any of these guarantees.