This was move was being expected to be something that has the capacity to even surprise Steve Jobs seems to have taken a setback. The parts of the Apple watch, its features and capabilities, which was supposed to be unveiled on Monday, has supposedly being leaked. This lead includes the information on the device construction and materials. There might be people who will consider these leaks not significant but from Job point of view, an existence of a product should be kept under wraps until its launch. He always prided locking away all the information.

What are the leaks all about?

The financial times highlighted the interview with Jony Ive, who reported that the molecules used in the Apple gold are very close making it very hard and similar to that off standard gold. He also reported that the cold-forged steel of the Apple watch is 40 percent more long lasting than the regular steel. The claims about the cold-rolled steel are believable and it has been used to create a uniform thickness and smooth surface and minimize deformation under damage. But, what about the claims that has been made about the closer molecules of the gold? According to Ars Technica, Apple has filed for a patent which covered gold/ceramic hybrid characterized as 18k gold however will be two to four times more harder than the traditional 18k gold. 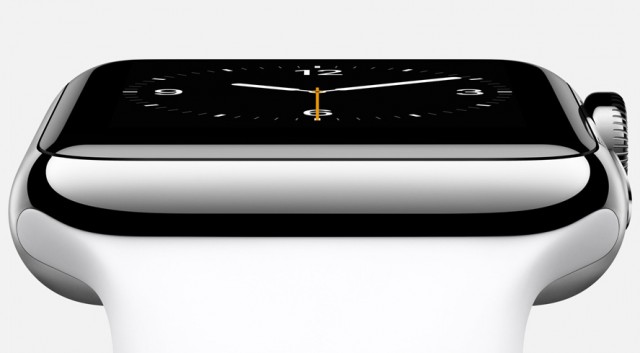 According to Mark Gurman, from 9to5Mac, he has data that that consists of the complete list of features of the Apple watch, which includes a power reserve mode meant for impriving the battery life since the current battery, can last upto 5 hours depending on the use of the application. The power reserve mode will dim the display, close the iPhone communication to become “on demand” and the sleep after display after every 2 seconds in case of no activity. The functionality will become limited, as only clock will be displayed. He also added that the face of the watch will become amber if the battery is at 20% and if the battery runs down 10%, it will turn into red. The watch will also have a Heart Rate Glance. This feature will store all the browsed collection of the favorite apps of the user. If the user taps on the button, this monitor will start working real time. The watch can store 8GB of music and play it back without being linked to iPhone. Music streaming can be done with external speakers or headphones through Bluetooth. Rumors suggest that the device contain a chip, which is similar to that of Apple A5.

There is no doubt that even this product from the company will be well received by the customers. Even though there are devices like Pebble Smart watch from Fitbit, Apple will have to demonstrate what there watch can do different from the Pebble and how it can be compared with the Apple table and Smartphone. Customers always look out for products, which have features and ability to perform tasks that have not been attempted before.