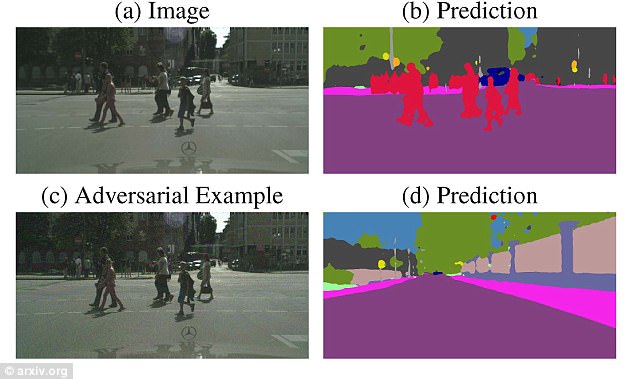 Self driving cars are becoming more and more advanced with the technical advancement made by different car manufactures and tech firms alike. We are looking at the progression made in the field of self driving software and equipments on the positive but some of the scientists are doing it in the other way and it will surprise you to a great extent. A group of scientists have successfully developed a method which allows them to selectively ‘blind’ computer vision systems by turning certain components of the scene undetectable.This activity is done through effectively manipulating the semantic Image Segmentation. Now this will enable the hackers to hide any kind of objects from the penetration to other entities present on the road to go undetected. 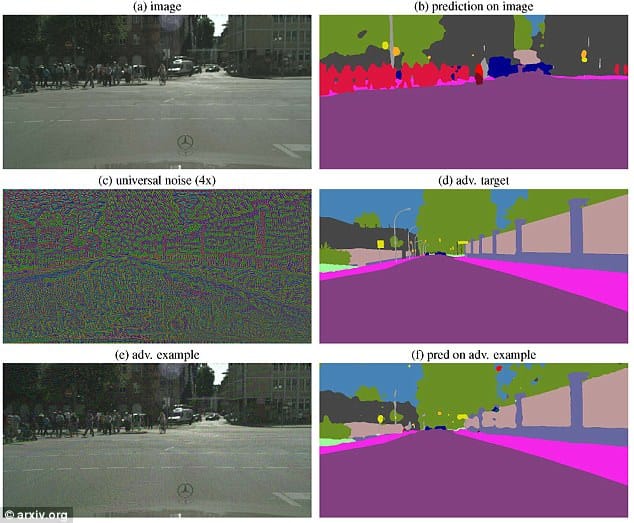 In simple words hackers will be able to hide the pedestrians and all other types of the objects present on the road from the driverless car Artificial Intelligence. This experiment showcases how hackers can also manipulate the static camera by manipulating the  semantic Image Segmentation in order to hide any kind of activity from the view like robbery.

Problems surfacing with the development of the self driving vehicles

The driverless vehicles are yet to turn into a completely safe option with a commercial success vibe. A driverless car as the name suggests works on the basis of its Artificial Intelligence which helps in taking the right decisions at the critical times to avoid mishaps whatsoever.

Let assume one such car is moving towards a group of pedestrians then it can either stay on the course and cut their life short or swerve dramatically to nearby wall, cliff or something and end up killing the passengers. 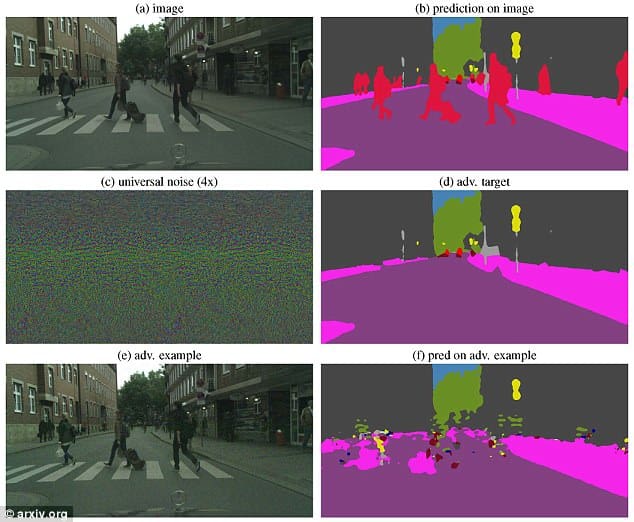 This is the new ethical and moral dilemma which has emerged with the wider acceptance of the Artificial Intelligence in the modern automobiles. It should be noted that even the human drivers are not so great at deciding the right out based on their decision but having an Artificial Intelligence which makes this choice is really scary.

Researchers, car manufacturers and tech firms ascertains that the autonomous vehicles will be beneficial for the human kind as a whole as it will help in laminating up to 90 percent of the traffic related accidents.

Researchers have stated that the main motivation behind this experiment was to reveal how fragile is the current approach related to the semantic Image Segmentation. They further clarified that the kind of attacks hoodwinking the self driving Artificial Intelligence can only be used in specific scenarios wherein a static camera is utilized to monitor a scene.

In such cases this method will allow the attackers to change the output segmentation of the background scene and blending out all the activity which includes the criminal activities like burglary, hit and run and much more.

Till today no one has been able to hack the self driving system but manipulating the semantic Image Segmentation an attacker can certainly get the complete control of the digital scene. This experiment also showcases how much further machine learning has to evolve and improve to protect itself against such exploits.