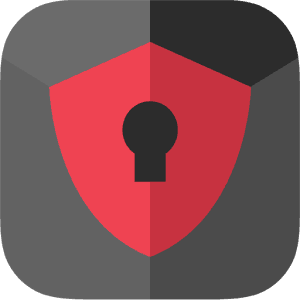 Even though today’s technology is “smarter” and the security is better than ever, hackers just as smart and usually a step ahead. When considering your computer’s security you always need to stay up-to-date in efforts to maintain ahead of any potential threats like viruses.

Anyone who has battled a computer virus knows this can be less than an easy task considering that there’s millions of new malware created every year. According to TotalAV review, there are relatively easy and inexpensive ways to keep viruses from ruining your computer.

A bigger, yet less frequent, question asked is “can your car get a virus?” The short answer is yes; let’s take a closer look.

You may remember an incident that took place in 2010 when a former (and quite unhappy) employee of Texas Auto Center, Omar Ramos-Lopez, hacked into a vehicle-immobilization system and took control of about 100 cars. Unsuspecting drivers struggled to turn off their car alarms and the only way to resolve the issue was to remove the car battery.

Ramos-Lopez, who was described as being “pretty good with computers” had figured out how to gain control of vehicles when he hacked into the database of more than 1,000 customers. Webtech Plus, which is part of the database, is a vehicle-immobilization system which is intended to prevent customers from driving their car is they are behind on payments.

The Vehicles At “Greatest Risk”

Nearly ten years after this incident, the risk of having your car hacked is still a very real possibility. Ramos-Lopez wasn’t even a professional hacker, so how much damage could be done by a professional?

Before you panic and decide to get rid of your beloved vehicle, there are some cars that are more at risk of getting a virus than others. Vehicles that are “tech-savvy” and electric cars like the newest Jaguar and Tesla models are at the greatest risk of getting virus.

If you drive an older car with basic features and aren’t connected through Bluetooth, have WiFi capabilities, and don’t have an elaborate infotainment system, you may be happy you haven’t made a vehicle upgrade quite yet.

While most modern cars (even the older models) have a computer that controls some basic functions like airbags and windows, they might remain relatively safe as long as the car control computer and the multimedia interface (entertainment devices and communication) remains separate.

Electric cars are perhaps at the biggest risk because they are essentially a large computer. In 2016, Chinese security researchers, using a malicious WiFi hotspot setup was able to hack into and control a Tesla Model S from 12 miles away. They were able to control the door locks, numerous electronic features, the dashboard computer screen, and even the car’s brakes.

Although car viruses are not an immediate and constant threat, it could happen to any unsuspecting driver. While there’s no surefire way to keep a virus away from your car, just like anti-virus programs, there are preventative measures you can take. Staying up-to-date with the latest recall notices and vehicle software is crucial. It’s also smart to use caution when connecting smartphones or tablets to your car.