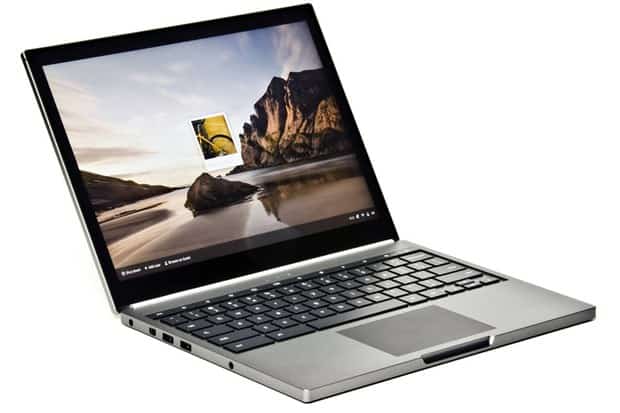 Chromebooks of Google would soon be capable of running almost any Android app.  Presently the feature has not been confirmed though eagle-eyed Reddit users have observed an option which would enable the apps to run on Google’s Chrome OS. The choice to `Enable Android app to run on Chromebook’, had first been covered by Reddit user `TheWiseYoda’, who had viewed the message at the time of opening the settings of Chromebook and the option has thereafter been removed.

Though the setting could not be turned on, a check on the source code indicated a message from Google stating `over a million apps and games now available on your Chromebook’. The existence of the feature which seems to be in a late stage of testing comes ahead of the yearly developer conference of Google.

Google I/O 2016 is scheduled to take place over May 18-20 in Mountain View California. At the time of last year’s I/O keynote, the company had announced Android M, Google Photos, updated Google Now as well as detailed the plans for virtual reality.  At the event, the other announcement comprised of Project Brillo, the operating system for the internet of things together with updates to Android Wear. 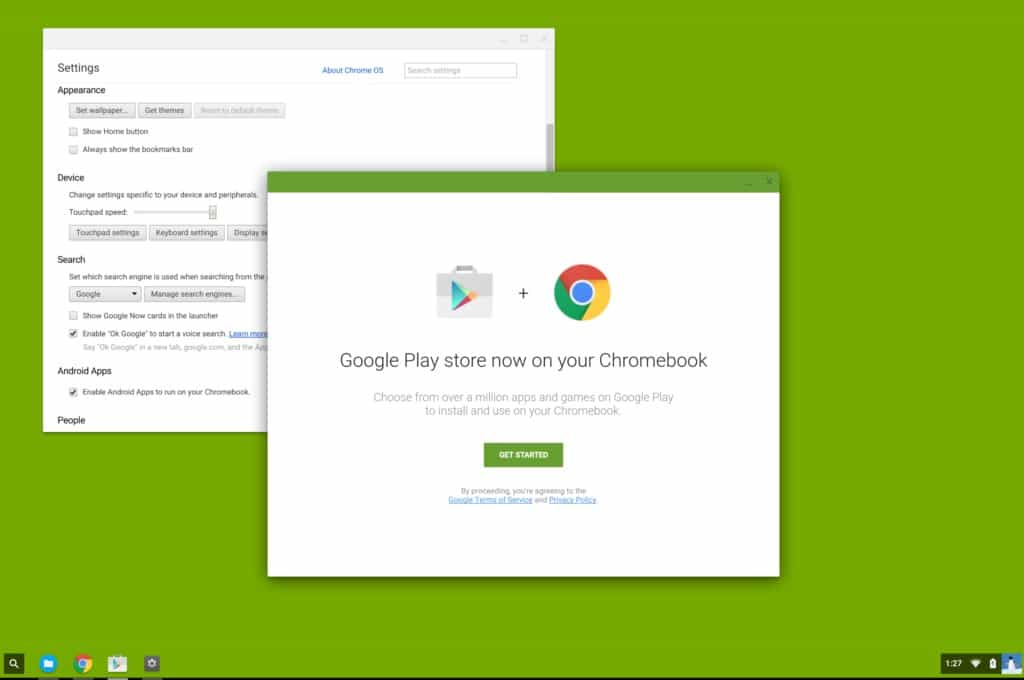 I/O keynote of this year may include the expansion of Android app to the Chromebook and this move would not be completely surprising since it would build on its beta App Runtime for Chrome – ARC. The additional message in the setting of Chromebook also had the heading of `ARC OPT IN’.  Presently ARC enables users to run some Android apps on the Chrome OS. When ARC was launched by Google in 2014, it had introduced Vine, Evernote, and Duolingo together with the other apps.

Google had mentioned that they will be working with a select group of Android developers to add more of the favourite apps so that users will have a more seamless experience across their Android phone and Chromebook. One of the major draws to Chromebooks is simplicity and anything done on a Chromebook tends to takes place within the browser.  Adding the Play Store could also add plenty of utility, inclusive of a number of excessive games as well as apps, though it could also make Chrome OS considerably more difficult.

Moreover, it could also be the start of Google plan of folding Chrome OS into Android that had been reported last year. It had been pointed that IT administrators would be capable of limiting Android apps running on Chromes since it would need opting in and if and when this launch takes place, one should not expect to see Android apps on their school or work laptop instantly since it would bring a swingof new susceptibilities to Chrome OS.

Google had not made any comments officially on Google Play coming to Chromebooks.  However I/O developer conference of Google would start in less than a month on May 18 and that could be where Google would then be making an announcement.