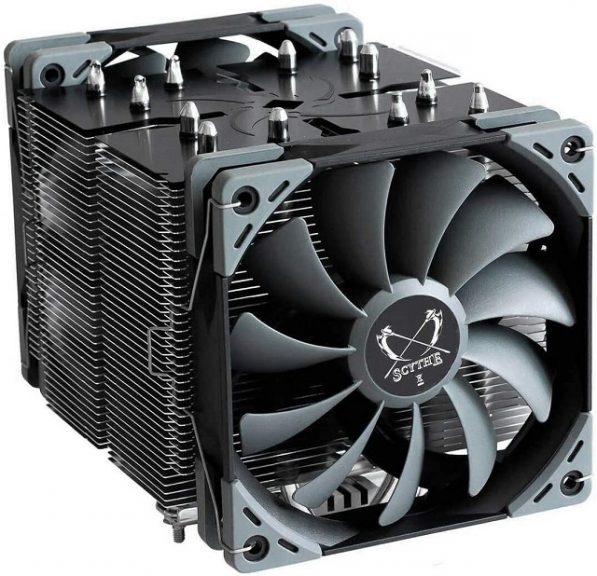 Let us discuss; what is CPU Fan Error, How to rectify it in a computer system? Every computer comes with at least a fan that keeps the computer parts or the whole device at an optimal temperature to maximize the computer efficiency. The CPU and GPU are the main heat-generating components of a modern computer. A fan mounted above the processor of a computer is usually called the CPU fan. The CPU fan prevents overheating of the processor unit.

For optimal functioning, the temperature of the CPU must never exceed the permissible limit.

While the computer is in operation, the temperature of the components will rise until the heat is transferred to the surroundings.

To reach the thermal equilibrium with the surroundings, CPU fans are needed. The CPU fans manage the heat generations significantly.

The speed of the fan provided in a computer measured in revolutions per minute. The higher the RPM, is higher the fan spins and displaces maximum air around the components in the computer.

There are various types of fans employed in a computer. They are:

The CPU fan is on the top of the processor on the motherboard. It helps to push out the heat around the processor and keeping it cool. The CPU fans are designed to pull cooler air from the outside and drive out the hot air across the processor’s heat sink.

The CPU fans come in a standard size, and they are powered and regulated via three or 4-pin fan connectors. Most of the cooling fans employed in the computers are axial fans, centrifugal, and crossflow fans. Using the best CPU cooling fans, decide on the following factors, static pressure, noise created by the fan, and the volume of air displaces in unit time.

Axial Fans: Axial fans rotate around an axis and blow the airflow in the direction parallel to the fan’s axis. The axial fans can displace the air at a high flow rate but of low pressure, and they consume lesser energy.

They create high-pressure airflow compared to axial fans. The centrifugal fans create a steady flow of air directed towards the fins. They consume more energy than the axial fans.

The characteristics of a Good CPU Fan:

The air pressure and higher volume of air displacement are the primary purposes of a suitable CPU fan. Here are few more characteristics of a good fan.

The rotation per minute RPM with the static pressure determines the airflow of a given fan. The axial fans may rotate around 25000 rpm for a smaller fan. The speed of a CPU fan can be regulated by the sensors and the circuits of the CPU.

The CPU fan error message is usually triggered when you reboot your system after the computer shuts itself down due to overheating. This usual error message may appear for various reasons, and let us discuss here and find a solution for each of them. This annoying CPU error message indicates that the fans are unable to cool the hardware efficiently.

In addition, this error message indirectly notifies you that your computer safe protection tools are working correctly. Here we will discuss various reasons for overheating and the resulting error messages and how to fix the CPU Fan Error message.

How to Fix CPU Fan Error on Windows PC Boot:

The message “CPU Fan Error” or “Error: CPU Fan Has Failed!” usually pops up under various circumstances stated above. Let us discuss and find a solution for it.

Remove your Computer case cover. Physically check the fan is broken or not; if it is damaged, replace it (Note: work in a non-static-free environment). If not, fit for any loose connection, if any. In addition, check whether the fan is appropriately connected with the motherboard. Physically check whether the fan spins freely. Now carefully boot your system. If the fan is spinning, we can find a solution with additional troubleshooting with your system.

Change the Position of Your CPU:

Sometimes, overclocking may increase your CPU heat to many folds. The default CPU fan cannot cool that heat; therefore, it may be why frequent shutdowns and overheating. Any you may need to disable the overclocking.

Allow free air to flow through the fan to keep your system cool. Remove any obstacles and dust particles from the vents. You may use a brush or vacuum cleaner to remove the dust and debris blocking the air vents. You may also use canned air or Airgun to blast the dust out of the vent. The hot air flows out of your computer through the backside of your computer case; therefore, keep the rear side of the case unobstructed for free flow of air.

You need to switch it off your system and unplug the power source and then open up the system case.  Clean the interior and remove the dust with a vacuum cleaner or with Airgun. Do not use any cleaning agents to clean the interior parts that may damage the sensitive components and the circuit boards. Physically check the CPU fans for any flaws, fasten them again in place properly with the help of proper tools.

Ensure the fan installed at the right location, particularly to the CPU header on the motherboard. If it fixed anywhere else, it won’t cool the CPU properly, leading to CPU fan errors.

Therefore dismantle it and fix it on the right place CPU header on the motherboard. If you have multiple CPU fan headers on your personal computer motherboard, try to fix it in a different slot other than the old one.

If any of the solutions discussed above didn’t work out, then open the BIOS.

Save the changes and exit the BIOS.

Sometimes, even if the CPU fan works correctly and the system is not overheating, you need to bypass the CPU fan error message.

Go and Open BIOS  and run the command discussed previously, and then do the following.

This command will disable the sensor and allow the computer to boot normally without any warning.

If not of the above resolve your issue, then it is time to change the CPU Fan of your system. Besides,  If your system is under warranty cover, then get it repaired of your fan; if not, then purchase a new fan and fix it and resolve the issue. Good luck.