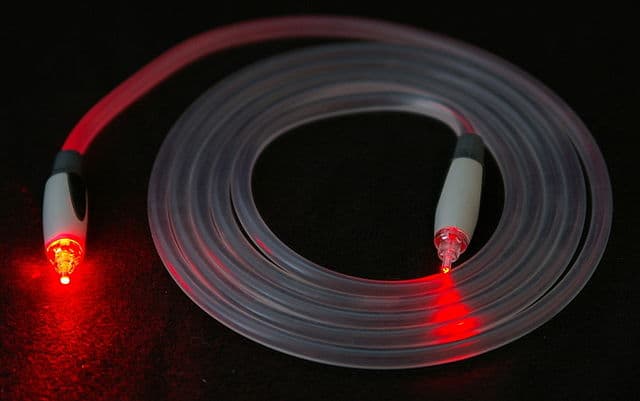 Fiber Optic Cable with a spiral twist could make the internet speed increase by a hundred-fold. In other words, detecting light that is twisted into a spiral, could be a major breakthrough in increasing the internet speeds.

What is Fiber Optic Cable?

In the present scenario, light pulses bounce off the glass. If there is a twist to the light, then it will create a third dimension for the light to carry information. It is also called the level of orbital angular momentum which is known as ‘spin’ in physics.

Min Gu, a professor from RMIT University that lead the team, made this breakthrough. He is quoted in the Guardian saying that the twisted light is like DNA, which is a double helix spiral. He further goes on to say that if you can use the angular momentum more, then much more information can be carried.

Though other fibers have been used to twist light, they were not very productive. Earlier, researchers in the US created a fiber that could twist light, but Min Gu’s team of researchers created a detector that could read the information it contains. The previous detectors were the size of a dining table while the new detector created by Min Gu and his team is the width of a human hair. They are of the opinion that they could produce the first chip that could use the spiral twisting which could be used for mobile applications.

The use of Fiber Optic Cable

Major players like Google and Microsoft have been using fiber optic cable. Min Gu says that the new technology could be used to upgrade the networks in Australia. The government in Australia need to take the decisions regarding fiber optics instead of copper wire and the network operators and equipment manufacturers also need to accept it before it can be operational. Another factor that needs to be addressed is what speeds the devices on either end of the high-speed fiber could handle. This could be the deciding factor which could limit the use of fiber optic cables.