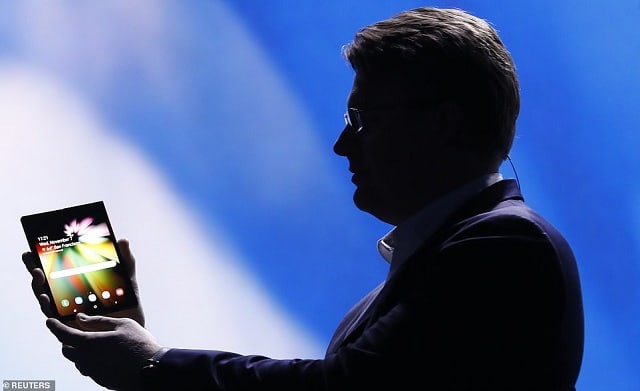 The release of the 7.3 inch Tablet:

Samsung recently released a prototype version of the 7.3 inch tablet at their Developer Conference held in San Francisco. They went on to demonstrate how the smartphone could be folded and how it looks when it is open to its full capacity- a Foldable Smartphone. No one was allowed to touch the phone but only caught a glimpse of it during the event.

This new gadget boasts of an infinity display allowing it to transform into a smartphone or 7.3 inch tablet by just simply folding it. The flex display also allows the Foldable Smartphone to be folded hundreds or thousands of times. This can be done because of the extreme thinness of the 7.3 inch tablet not to mention its high flexibility.

The screen also has a protective layer giving it a photo like finish to avoid scratches and other damage while folding the Foldable Smartphone.

Multiple Screens on the 7.3 inch Tablet:

The 7.3 inch tablet has two screens- one a smaller one on the outside when the Foldable Smartphone is used as a smartphone and the other the much bigger 7.3 inch one when the gadget is opened to its full size.

When in smartphone mode the apps already opened seamlessly pass on to the much larger 7.3 inch screen when unfolded. Samsung says that users will now be able to experience the best of both worlds by simply folding or unfolding the device.

The display on this new gadget is 45% thinner than what is currently available in Samsung devices, making it easier to fold multiple times.

This may not be the only Foldable Device that Samsung is working on:

Samsung also says that it got some secret tech at work and is currently working on more foldable gadgets. What’s more is that Samsung is also partnering up with Google to bring out new software for foldable smartphones and their ilk.

At present there is not much news by way of when Samsung plans to launch its new 7.3 inch tablet or its price for that matter.