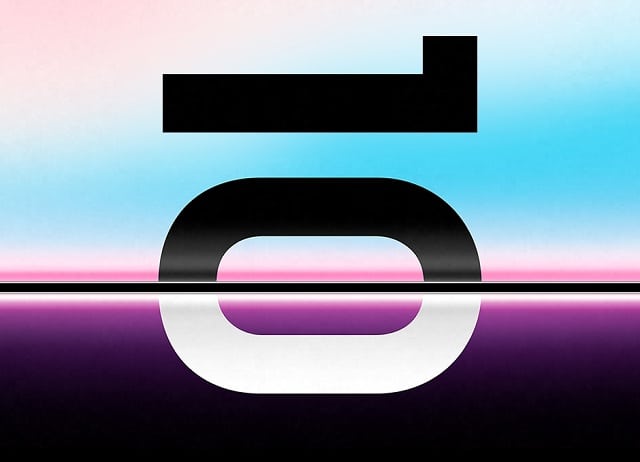 This may be the first photo we’ve seen of the Samsung Galaxy S10 Plus. Released by 91mobile, the first look at the Samsung Galaxy S10 Plus, looks almost bezel- less with a hole for a front selfie camera. This lends a wider than ever before screen space. Samsung is all set to release the smartphone along with three others on 20th Feb in what is supposed to be a “glitzy” event to be held in San Francisco. Besides the near bezel- less screen, the smartphone is all set to come out with a triple lens camera and a hole punch selfie camera.

Samsung Galaxy S10 Plus to have a Hole Punch Camera instead of a Notch?

Notches have become all the rage these days with Apple first introducing it. But Samsung decided to take a different route with a hole punch camera sitting at the top right of the phone. At least this one will have some functionality other than taking up screen space.

Now to make some more assumptions- this time with the rear camera- The triple rear end camera may include a telephoto shooter, a wide angle sensor and probably a standard lens thrown in.

More on the  so called “Official Photo” of the Samsung Galaxy S10 Plus:

The Samsung Galaxy S10 Plus to be the Largest Samsung Phone to date?

The smart phone has a 6.4 inch display which is very similar to what the Note 9 had going on. But the Samsung Galaxy S10 plus is said to have the biggest screen to body ratio ever seen in any Samsung phone to date.

Taking the leaked image with a Pinch of Salt:

While this maybe what the Samsung Galaxy S10 Plus will probably look like, it still is a leaked picture. As with any leaked picture this one too has to be taken with a pinch of salt although, 91mobile are pretty reliable.

Since the release of the Samsung Galaxy S10 Plus is only days away, it does seem likely that fully fledged renders are making their path through the internet. So it may be no surprise that this picture maybe the real deal.

Samsung is all set to release three variants of the S10 phone on Feb 20th. The event is supposedly a mysterious “unpacked” event to be held in San Francisco.