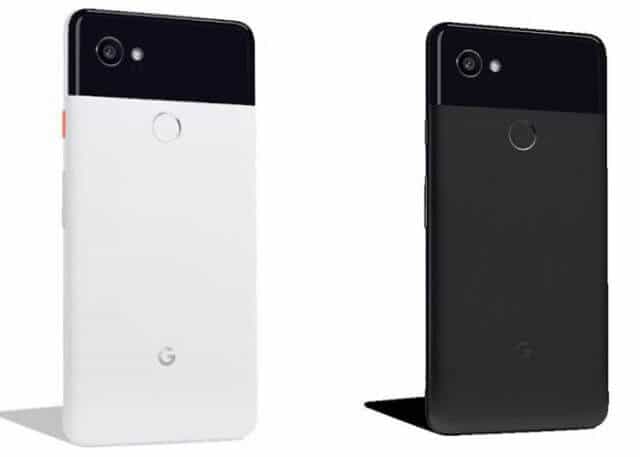 There are only a few days left to present the Google Pixel 2 and Google Pixel 2 XL. AndroidAuthority confirms having had access to an internal document in which the characteristics of these terminals are revealed, and eye, because they are quite detailed.

Without further delay, we will tell you absolutely everything about the Google Pixel 2 and Google Pixel 2 XL, since you will want to know if your suspicions were on track.

Have you seen what happened to the iPhone X and the iPhone 8? Well Google will follow the same strategy as Apple. The star model will be the Google Pixel 2 XL, which will have a screen ratio of between 80 and 85%, thanks to the bezel-less design. Inside, we found practically everything we already knew.

This terminal, will not have 3.5mm headphone jack, a real shame that this is the trend. As it could not be otherwise, will have stereo speakers, USB type C, and USB type C headphones in the box itself. The screen, which will be around 6 inches and will have QHD resolution, will be covered by Gorilla Glass 5, and the fingerprint reader will be on the back.

One of the great novelties is the incorporation of an OIS, something that lacked last year and that was the focus of several criticisms. Eye with the camera, because this year Google has called them (both the front and the back), “Pixel Cameras”, a name quite little innovative, but that is a statement of intent.

These cameras will have a dedicated chip for image processing, as well as Dual Pixel technology for focusing. Last year, Pixel got the crown to the best camera in the Android market, and this 2017 seems to be on the right track.

The Pixel 2, would have a design almost identical to last year’s model. No bezel-less QHD screens, here we will have a screen with frames and Full HD resolution. Otherwise, it is exactly like the Pixel 2 XL, except for its battery of 2700mAh, compared to the 3520mAh of his older brother.

There is also talk that the color balance of the screen will not be as elaborate as the Pixel 2 XL, something to be expected. Both models will come with infinite storage from Google until 2023, so at 64 and 128 GB you have to add as much as you want in the cloud.

We remind you that these devices will be presented on October 4, that is tomorrow. It remains to be seen how their distribution will be, and if they will live up to the high-end of this year, that tightens a lot.

And you, what do you expect from the Google Pixel 2017?