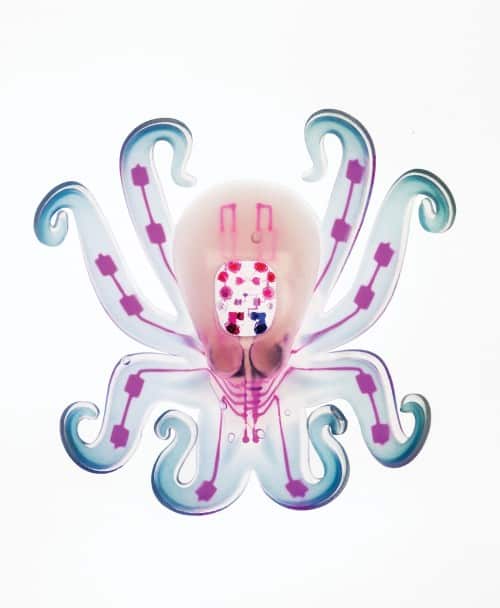 Octobot is a novel design of a soft robot and the scientists use an ingenious design to make this robot to moves on its own. Robotics is the branch of science and engineering which includes different streams like mechanical, computer science, electrical, electronics and others.

Typically robots are constructed for information processing and sensory feedback. They can be designed in any form and some of them can even resemble human beings. Many of these machines are now used in situations like bomb manufacturing and deactivation which can be very dangerous to human beings. 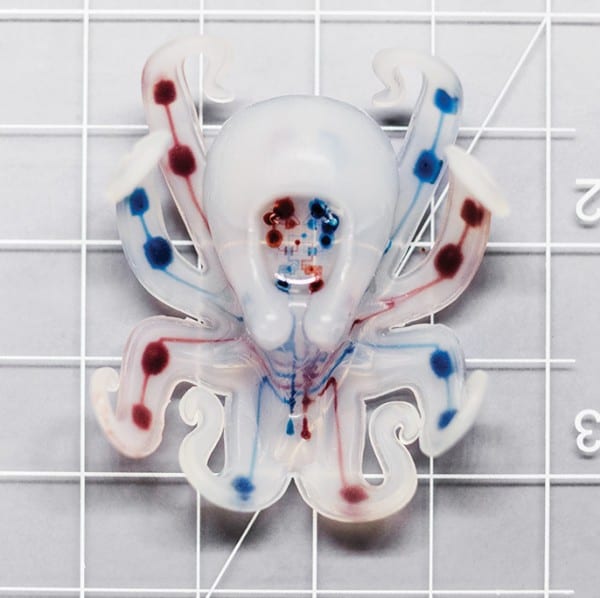 The advancement of robotics in the last decade is certainly astonishing. What we could only dream of a few years back have turned into reality. The ‘Octobot’, designed by Harvard researchers is the world’s first ‘soft-bot’ that fits in the palm of your hands and does not have any electronic components like battery or transistors. Yet Octobot can move without being connected to or controlled by a computer.

Octobot is made up of a pneumatic tube containing concentrated hydrogen peroxide which is pumped into 2 reservoirs located inside its body for the purpose of movement. A gas is formed as a result of a catalytic reaction between the liquid and a platinum strip. 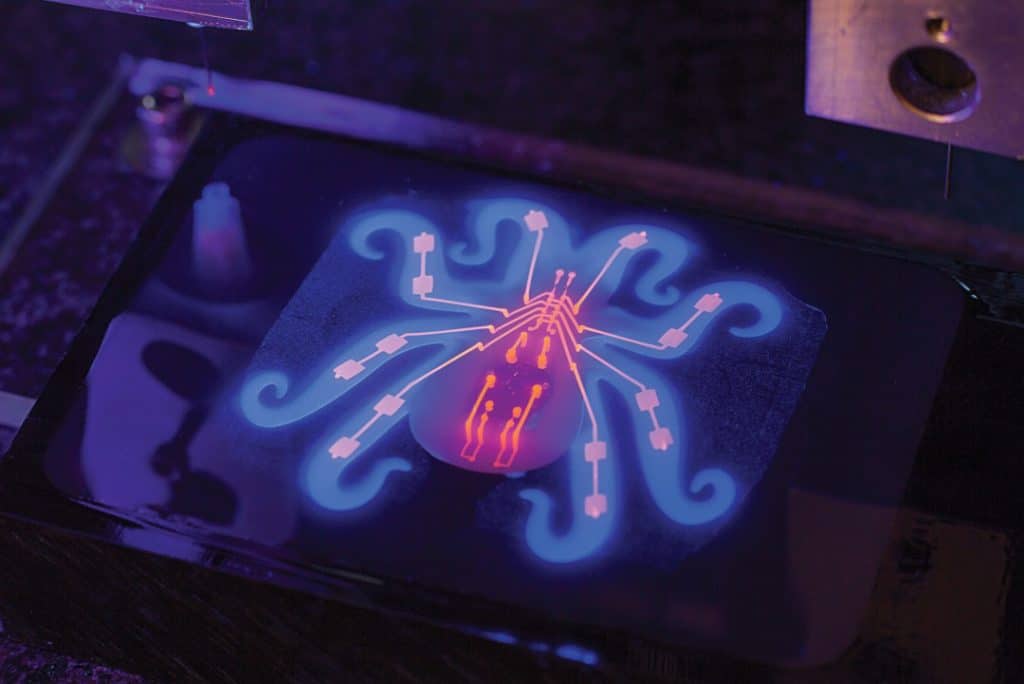 The gas is allowed to expand and then passed through a micro fluidic controller which directs it to the Octobot’s tentacles alternatively. This is what makes it looks like as if the Octobot is wiggling its tentacles. One milliliter of fuel can power it for around eight minutes.

Harvard researchers have individually made all the necessary parts of this robot. After trying for about 300 times, researchers have finally got the right composition of the materials. A micro fluidic chip is first placed in a custom-made octopus mold and a silicone mixture is then poured. With the help of a 3D printer, necessary circuit lines are injected before the process of baking starts. 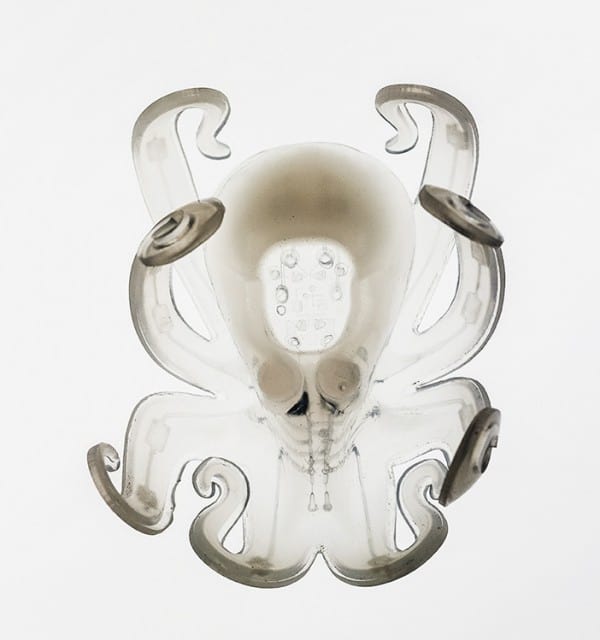 After 4 days, the Octobot gets its shape. One of the inks is allowed to escape which leaves hollow vessels meant for the pathway of pressurized gas. The minimalistic design proves that construction of a soft robot is possible. It does not involve any complex sensing or software which would take command over the robots movement.

Octobot’s current design does not allow it to perform any specific task. We may expect more advanced micro fluidic circuits that would help it to do more complex movements along with better designing of the tentacles. 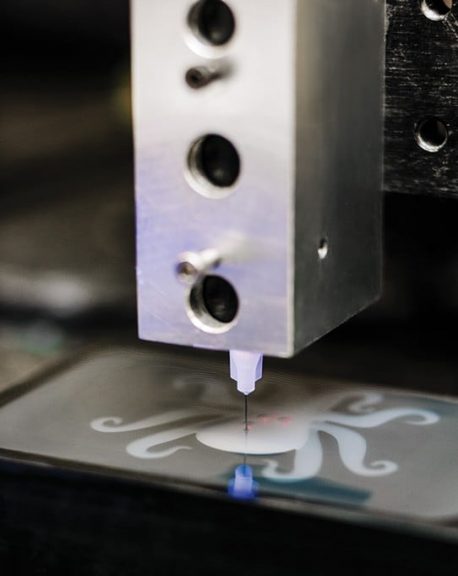 Researchers have said that they are working on reprogramming the device so that it can respond to any kind of external stimuli rather than performing some pre-programmed movements. There is another possibility of combining souped-up micro fluidic circuits with flexible sensors that will allow the robot to adapt itself to changing environmental conditions.

This breakthrough can certainly open up many possibilities. The lack of any electronic components makes it ideal for military use. If certain modifications can be done, it can be used as a surveillance robot.  Marine research and Oceanic temperature sensing are two more aspects of its application. There are high expectations from the Octobot which has etched its mark in the evolution of robotics.