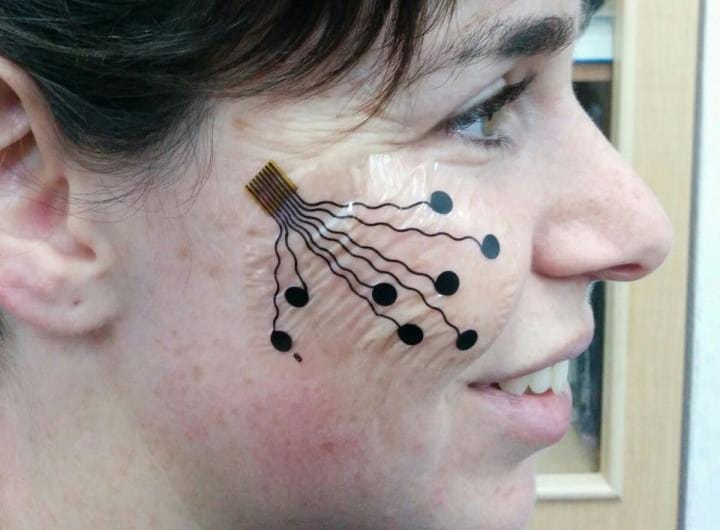 The `electrical tattoo’ which has been established by Tel Aviv University tends to measure the movement of muscle and nerve cells. The team working on it states that it could be utilised in rehabilitation, medicine as well as in business and marketing research.  Developed by Professor Yael Hanein, head of TAU’s Centre for Nanoscience and Nanotechnology, the electrode with in the tattoo could enhance the therapeutic restoration of damaged nerves and tissue and could also lead to new insights with regards to emotional life.

Tattoo tends to comprise of a carbon electrode, an adhesive surface which seems to the attached to the skin and a nanotechnology based conductive polymer coating that improves the performance of the electrode.

The Tattoo inclines to record a strong, steady signal for hours on end without irritating the skin. One of the main applications of the latest electrode is the mapping of emotion by observing facial expressions through electric signals received from facial muscles. Professor Hanein stated that `the ability to identify and map people’s emotions has several potential uses. 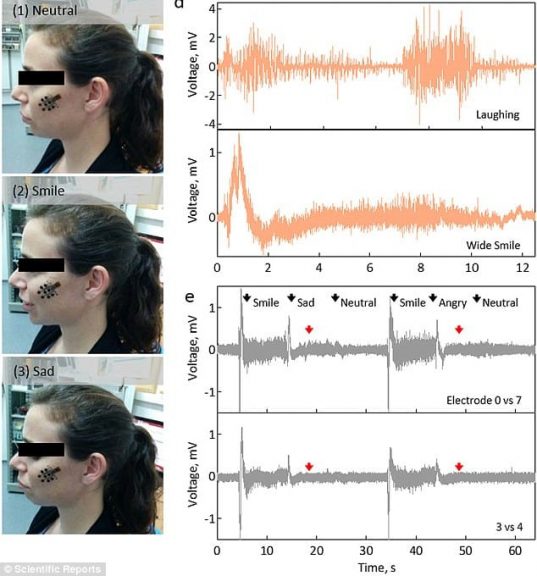 Device Created as Substitute to Electromyography

The research of Prof. Hanein was published last month in Scientific Reports and had been presented at an international nanomedicine program held at TAU. Prof. Hanein further added that `researchers worldwide were attempting to develop systems for mapping emotions by analysing facial expressions, typically through photos and smart software.

But the skin electrode tends to provide a direct and convenient solution.The device had first been created as a substitute to electromyography, a test which tends to assess the health of muscles and nerve cells.

It is said to be a painful and unpleasant medical process wherein the patient needs to lie sedentary in the lab for hours on end. Very often a needle is said to be stuck in muscle tissue in order to record its electrical activity or the patients are dabbed with a cold, sticky gel and connected to awkward surface electrodes.

Hanein had informed that their tattoo enables patients to carry on with their daily schedules while the electrode tends to monitor their muscle and nerve activity.

The notion is to stick it on and forget about it.  According to a study in Tele Aviv Medical Centre it is said that the tattoo could also be utilised in monitoring the muscle activity of the patients with neurodegenerative diseases. The physiological statistics measured in particular muscles could be utilised in the future in indicating the alertness of drivers on the road, patients in rehabilitation after a stroke or brain injury could use the `tattoo’ in improving the control of muscle, and amputees could employ it to move artificial limbs with the remaining muscles.

Further than rehabilitation, Hanein is of the belief that the device could be utilised in studying emotional responses by tracking the facial expressions of the user, through the electrical signals in their facial muscles.

Although other researchers tend to study the emotions through facial recognition software or low-tech solutions such as subjective questionnaires, Prof Hanein is of the opinion that her team has come up with more convenient resolutions, stating that the ability of identifying and mapping the emotions of individuals has several potential usage.  Advertisers, pollster, media professionals and several others want to test the reactions of people to different products and situations.