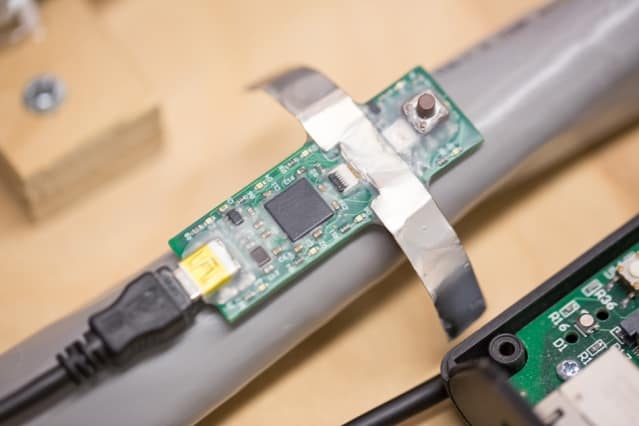 A system has been developed by researchers from Massachusetts Institute of Technology – MIT which can state exactly how much power has been utilised by appliances, lighting fixture together with other devices in the home. The new system of MIT does not have any difficult installation.  There are no requirements of wires to be disconnected and the situation of the postage-stamp-sized sensors for the incoming power line does not need any specific accuracy. Since it tends to illustrate data rapidly, the sensors can pick up adequate detailed information regarding spikes and patterns in the voltage and current due to a dedicated software.  It can express the difference between each different type of light, motor as well as other device in the home and indicate precisely which one tends to go on and off and at what time. Professor of Electrical Engineering, Steven Leeb, in a paper had described in the IEEE Sensors Journal that for a long time, the premise has been that if they could get access to improved information regarding energy use,      they would be capable of creating some significant savings.

Simple Installation Procedure for the System

The system has been designed so that all the detailed information tends to remain right within the home of the user, eradicating concerns regarding privacy which probable users could have while taking the power-monitoring system into account. Leeb has mentioned that once the system tends to get developed into a commercial product, it would cost only around $25 to $30 for each home. The gadget provides a simple installation procedure which comprises of securing it over a power line with a zip tie.  The stamp sized sensor has the capabilities of monitoring individual appliances due to software developed by the team which goes to the extent of isolating time segments such as when a refrigerator tends to go into defrost mode.  Moreover it also depends only marginally on cloud based servers to try to increase user privacy as well as reduce the bandwidth consumed by sending the details back and forth, a fact which sets it apart from provisions by bigger companies.  No information is made available regarding when this product is likely to come to the market.

Each Motor/Device Give off Precise Signature

Tracking the precise energy usage in the home seems to be a problem which various researchers and start-ups have made attempts and devices such as the Neurio sensor and the MeterPlug when hooked up to the breaker panel or the AC outlets could send notifications to the user warning them about their home electricity usage. Attempts have also been made to take electricity monitoring technology wireless, recently with MagnifiSense, which is a wrist-worn model that tends to monitor appliances which the wearer interacts with through the day by tracking their individual electromagnetic signatures.  However, researchers at MIT now state that they have solved one of the issues with this wireless monitoring approach wherein the magnetic fields deriving from devices as well as wires could cancel each other out.  As per the MIT team it is said that each motor or device within a home tends to give off a precise signature related to how much the voltage differs and spikes when the device is switched on and functioning.  It has constructed a catalog of these signatures that enables the advanced software of the system to discriminate between individual electrical loads.