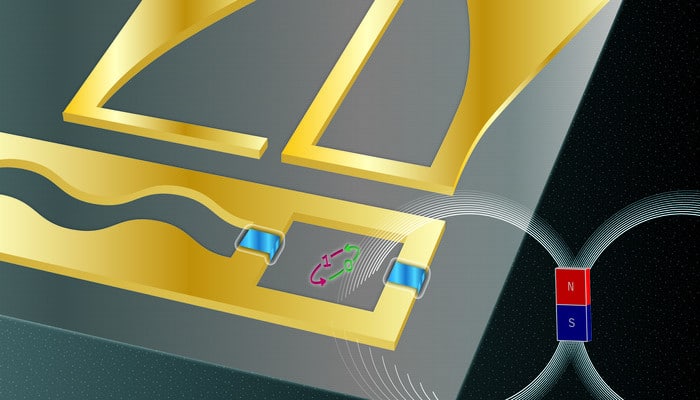 In the technologies that is available to us today, we need accurate information quickly from the quantum states. This is very essential for quantum processors and sensitive detectors that are present in the existing technologies.

If we look at the technology that is currently available to us, there is not much accuracy. There are certain limitations to accurately measure things. Let us take for example an X-ray image which is blurry and we are not able to decipher it accurately. It takes an expert physician to read the X-ray and interpret it. The contrast between the tissues is fairly poor and hence it becomes difficult to interpret. Probably, the image could be improved by exposing it longer, taking many images and overlapping them or exposing humans to a higher intensity radiation. This however is a disadvantage, as it is not safe to expose humans to a very high radiation and imaging too takes lots of time and resources.

Researchers from Aalto University, ETH Zurich and MIPT and Landau Institute in Moscow combined quantum phenomena and machine-learning to get a magnetometer with accuracy that was far beyond the usual quantum limit. They have come up with a novel way whereby a quantum system is used to measure magnetic fields.

Their findings were published in npj Quantum Information journal. They illustrated how the accuracy of magnetic field measurements could be enhanced by an artificial superconducting atom, a qubit. It is basically a device that is created by using strips of aluminium overlapping each other and evaporated on a silicon chip. We can see this same technology that is in use to make processors of computers and mobile phones.

On cooling the device to a considerably low temperature there is an electric current that flows in it without any resistance. In addition, it shows the same quantum mechanical properties as that of real atoms. When the atom is irradiated with a microwave pulse, the state of the artificial atom also changes. The change that occurs is mainly dependent on the external magnetic field that is applied. On measuring, you can figure out the magnetic field.

In order to go beyond the usual quantum limit you need to use a technique that is similar to pattern recognition which is a branch of machine learning. One of the authors from ETH Zurich team says that they had used a technique whereby they take the measurement and based on the outcome the pattern recognition algorithm decides how to change a control parameter in the next stage. This is done in order to obtain the fastest estimation of the magnetic field.

We can see quantum technology at work when quantum phenomena is combined with a measurement technique based on supervised machine learning. The sensitivity of the magnetic field detectors is enhanced going beyond the standard quantum limit.

They wanted to devise a highly efficient but at the same time minimally invasive technique by using low intensities or taking measurements within a certain time frame.

From the geological point of view to imaging brain activity, detection of magnetic fields plays a very important role. The researchers are of the opinion that their work is a step forward whereby sensor technology uses quantum-enhanced methods.