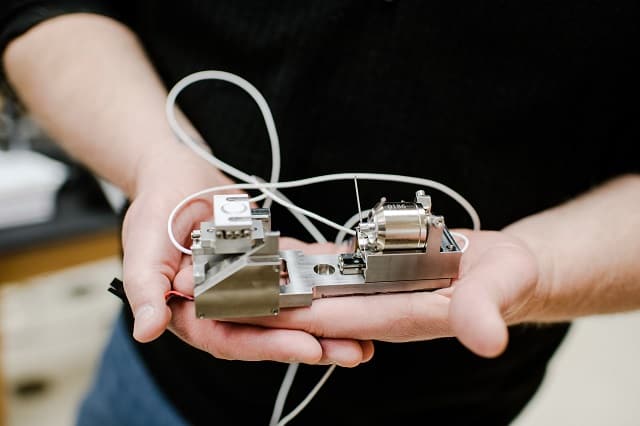 We all remember that unfortunate incidence or incidences of the Samsung Galaxy 7 catching fire and the dozens of memes that came out of it but what we don’t remember is that this phone was powered by lithium batteries. While holding incredible promise when it comes to a phone’s or for that matter any other devices storage capacity, Lithium Ion batteries are on the top. This is not taking into account its extremely volatile nature.

Instead of looking at the core fundamental properties of lithium batteries, industries just concentrate on the ends, which is the ability of the battery to charge fast and hold a lot of juice and in the bargain safety and other factors like lithium battery’s properties are almost forgotten.

The main factor that causes a phone or a device using lithium ion batteries to go boom is the flammable liquid electrolyte within the battery. So the next step is finding an alternative that is preferably a non- flammable solid electrolyte with a lithium metal electrode. Not only would this solution reduce the possibilities of a mishap but would also increase the energy of the lithium ion battery.

The two main requirements in manufacturing batteries is that it should make the device in question charge faster as well as stay reliable even after multiple charges. Taking lithium ion batteries into the equation is a difficult task as these batteries are highly reactive and using them makes one very susceptible to mishaps.

During multiple cycles of charging and discharging, these dendrites often force their way into the solid electrolyte layer which separates the cathode form the anode. When the dendrites reach the cathode, the device often short circuits and this causes the device to catch fire.

The research into lithium battery’ properties:

Researchers caused indentations into the lithium metal with a diamond tipped probe to see how the metal reacted to pressure. Their results showed that lithium metal has incredible strength at small length scales.

Researchers tried to explain this phenomenon by saying that lithium metal’s atoms rearrange themselves to alleviate the pressure imposed on the metal. Researchers used this experiment to observe the speed at which lithium metal deformed as well as the effects of the ions rearranging themselves.

Researchers have discovered that the elasticity of lithium as well as its atoms rearranging themselves under pressure when lithium is at a very small length scale of 500 nanometers. This fundamental study of lithium batteries could lead to a safer lithium battery in the future.