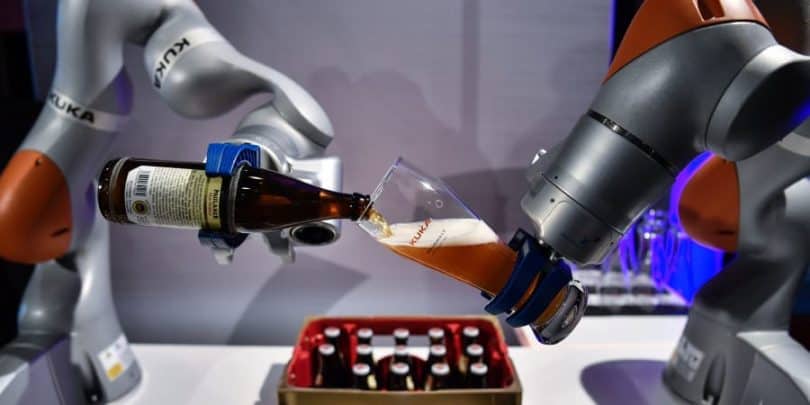 Robotics, until about 40 years ago, was a subject that was only in the imagination of some literary authors. Today, it is an essential reality within the current productive market. As a result, robots has been part of the Engineers’ Training profile since the late 1980s. It has a multidisciplinary character, participating in it numerous basic and technological disciplines such as: Mathematics, Electronics, Mechanics, Control and Computing.

Through literature and science fiction films, most of the population has an “approximate idea” of what a robot is. In order to place the appearance of robotics in time, let’s review briefly some historical background of industrial robots. Currently, robotics is a science based on the technology of robotics that helps various industries to exercise their production chains more quickly and professionally. Robotics covers different disciplines.

The ratio of robots to human workers is increasing worldwide. The industry association International Federation of Robotics (IFR) has found this out in a study on the distribution of robotics in industry. Europe leads with the most robots in production.

As the IFR writes on their website, the degree of automation of a country’s industry can be easily measured by robot density. Conspicuous in the statistics are the big differences within the top group: Here is South Korea with 631 numbers in first place, before Singapore with 488 to 10,000 workers. Japan is followed by Germany with 303 robots.

The US is ranked seventh with 189, while Taiwan is ranked 10th, with 177 and 10,000 workers – Primus South Korea has more than three times as many.  In terms of growth in robot penetration in industry, Asia leads in the statistics year 2016: The number of robots per worker has grown by nine percent within one year. The two continents of the Americas come to seven percent, Europe only five percent growth – the latter region, however, has a head start overall. The biggest increase in automation, however, shows China: Currently with 68 robots per 10,000 workers, the Middle Kingdom is probably in 2020 at the top 10 be.