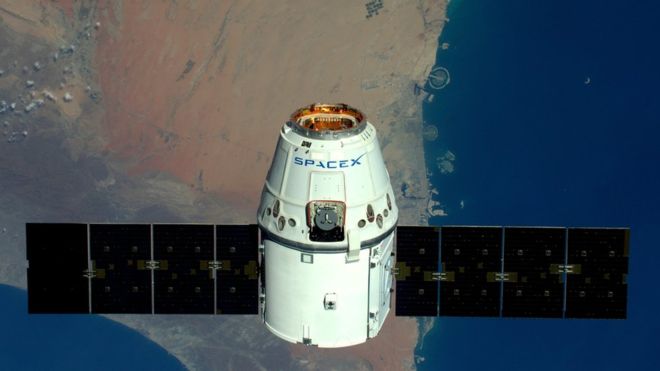 Elon Musk private firm for space exploration and related services called SpaceX is gearing up to deploy internet services right from the space within next decade. Currently it has applied for the governmental permission in order to satellites which will help in providing broadband internet access to the consumers on global level. The filling made to the US Federal Communications Commission (FCC) offers a detailed plan which will enable SpaceX to deliver broadband services from the space with the deployment of a strong network of 4425 satellites. However the race for the satellite based broadband service is going to get tougher as there are many other players in the market which just few years behind implementing such service even before Space X plan.

SpaceX is undeterred by recent setbacks

SpaceX timing for declaring its intention towards gearing up for the space based broadband services on global level is seen as move towards moving forward from earlier setbacks. In September SpaceX rocket has exploded which destroyed a $62 million booster as Israeli communication satellite worth $200 million. SpaceX is confident towards bringing high-end broadband services to masses with the successful launch of multitude of satellites in varied space orbits in upcoming years. It has stressed upon the point that its system will helps in covering almost every region of the planet which will open the world to greater possibility through heightened internet access.

SpaceX isn’t alone in the race

The technicalities surrounding the successful implementation of the broadband service from the pace will require the launch and deployment of as many as 4425 satellites along with a huge number of spares. These satellites will be seen orbiting in 83 different orbital planes at the height of altitudes ranging from 689 miles to 823 miles. At such a height SpaceX satellites will be placed above the International Space station but they will certainly be below the geo stationary satellites in order to offer commendable internet connectivity on worldwide level.

It has developed a number of prototypes which will be launching next year but in order to complete the mammoth constellation which will facilitate the broadcasting of internet connectivity from the space will take at least ten years of time. SpaceX competitors include a number of big players in satellite communication filed namely SES (O3B), Boeing, Intelsat and Telesat.

Challenges to overcome by SpaceX

Last year SpaceX founder Elon Musk has stressed upon the satellite based broadband as the future of the internet connectivity. He even stated that it will require as much as $10 billion just to get this idea right into the space even before the service reaches anyone. The documents submitted to the government by SpaceX doesn’t outlines the costs but it suggests that as many as 800 satellites will be launched at first to secure the broadband connectivity for United states and its nearby regions. The size of each satellite will be of an average car and it will weigh as much as 386 kg.