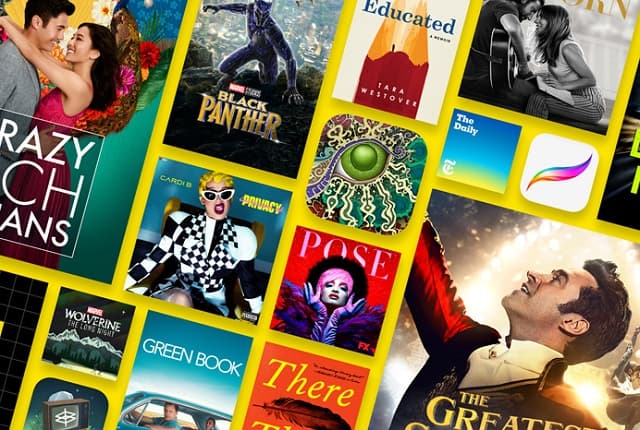 This is that time of year when we look at what’s best and what’s not for the year. So beginning with Apple, the company recently had its pick of the best music, Apple apps, podcasts and more for the year 2018. Apple has chosen the best of apps and more, across various categories like the best app on the iPhone, iPad and such. From the list of apps, Apple has chosen the most downloaded as well as the best app of the year 2018. They have also picked their top of the charts when it comes to iTunes music.

Best Apple App across all Categories goes to…

The best app award goes for the year 2018 goes to…. Drumroll please- Procreate Pocket for the iPhone. The popular Procreate Pocket app for iPhone is like the Apple pencil powered app on the iPad. But instead of the iPad pencil it uses 3D touch where you can simply use your finger instead of getting those pricy pens that you would use on the iPad.

But enough of Procreate Pocket. The best app for the iPad was the Froggipedia which lets you dissect a virtual frog. In this case you would use the pencil for the iPad as a scalpel to dissect the frog.

The best app on the Mac was the image editor Pixelmator Pro. While the best app for the Apple TV was the fitness app Sweat, created by Kayla Itsines who also made an appearance at the WWDC event held earlier this year.

The Award for Best Gaming App goes to…

Across different categories or Apple gadgets different games got the top spot. For the iPhone it was Donut County while Gorogoa took best app place this year under the iPad category. Garden’s Between and Alto’s Odyssey got best gaming apps under the Mac and Apple TV category. Alto’s Odyssey also won the best designed app this year too.

Apple also highlighted the best stories followed on the “Today” section of the App Store for the year 2018. The Apple’s editorial version of the app started a year ago, which marks its first full year in existence.

The “Today” section of the app gives users a chance to read about developers and their success stories. The best stories of the year were on parenting for Snapchat and many others on popular gaming.

The Award for Best Music and Books goes to…

Across all podcasts the best were The Dark, Caliphate, The Dream, Slow Burn, Dr. Death, Armchair Expert and much more.

From the different genres, the investigative topic was highly popular with politics and the News genre growing at a steady pace.