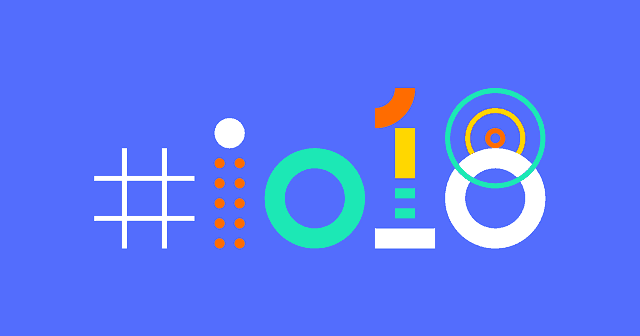 Things to Expect from Google I/O this year around

Before you get started about Google I/O being for developers, let me just stop you there. Google I/O can be informative for others as well, with only few months away, Google I/O is the place where Google gets to show off. Starting off on the 8th of May to the 10th of the same month, Google I O is Google’s annual tech conference. The whole purpose is for Google to announce the latest and greatest in their hardware and software and it is also a chance for developers to network and find out more about what they can expect form Google in the coming months and what it will mean for them and their apps.

Wait, Wait before you go ahead and say it is only for developers, I just said it myself…, there is a lot a person can learn from Google’s I/O that they may find useful, like the latest in apps, changes to Android, New Google products and such.

Is Google I/O going to be the place where Google releases the name of Android P? maybe or maybe not. Google has released the developer preview of Android P a while ago and what we do know is that they stopped certification for new devices running Android 7 Nougat. But do we know what the P in Android P stands for, well no.  Maybe Google can help in that department.

We can also expect more details of the OS like the notch, updates for apps and so forth.

Talking first on what’s scheduled at the Google I/O. Google is planning on giving a little attention to Google Photos this Google I O. Let’s hope we get to see more cool features from the tech giant in Google Photos.

Another thing on the cards is material changes to Chrome and Google Play services (at least it is an educated guess), Maybe at the Google I O we will get to see any changes to the design languages in these two platforms.

Another Boost for AR/VR ?

Ok let’s be honest Google’s AR/VR hasn’t really taken off for the company and Daydream got off to a bad start in 2017 but hopefully at the Google I/O we can expect new changes to the AR/VR category. Now since it is more accessible and with more changes, if announced at Google I O then this Google’s platform can get a much needed boost.

What’s in a change of name?

Designated as another session on the agenda, Google recently changed Android Wear to WearOS. Google will also speak more on “WearOS” in this session. We will hear more about updates regarding the same.

Google is planning to make Google Assistant available in 30 countries and is also planning on making the assistant be able to grasp 17 new languages. There are also talks of a multi- lingual function that will allow you to switch between two or more languages with Google assistant.