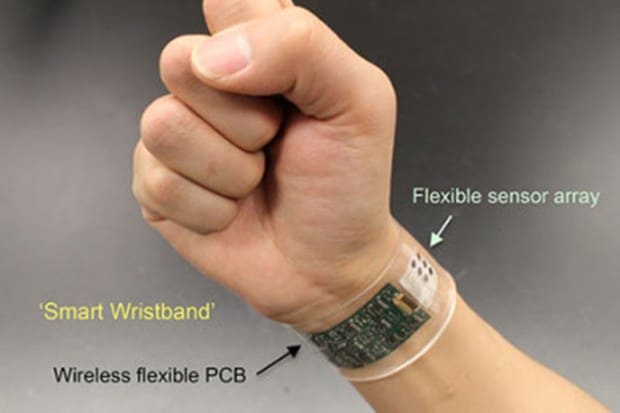 A Wearable Sensor which tends to measure the perspiration reveals the secrets in your sweat has been developed by a team at UC Berkeley. It can measure metabolites as well as electrolytes – the mix of proteins, sugars, salts and waste products in human sweat, calibrate data, depending on the temperature and then sync the results to a smartphone in real time. Sweat is complex and is necessary in measuring various targets in order to obtain meaningful information regarding the state of health. Researchers inform that it is the first fully integrated electronic system which can offer continuous, non-invasive monitoring of various biochemicals in sweat.

The team, writing in Nature have mentioned that the sensor can be utilised in warning users of the problems comprising of dehydration, fatigue together with high body temperature. Ali Javey, lead researcher on the project, an electrical engineer and computer scientist at the university, has stated that `human sweat contains physiologically rich information which makes it an attractive body fluid for non-invasive wearable sensors. However it is also complex which means that it is essential to measure various targets to extract meaningful information. 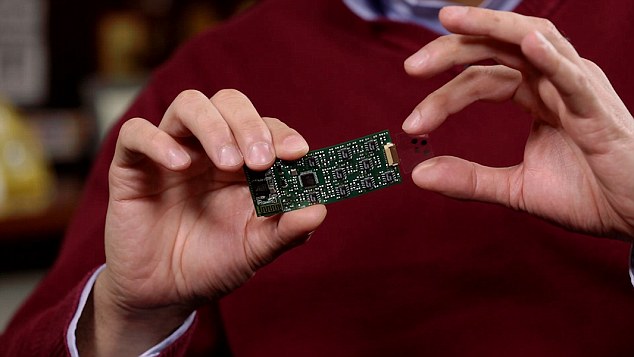 Regarding this Wearable Sensor it is essential to develop a fully integrated system which simultaneously as well as selectively measures various sweat analytes and wirelessly transmits the administered data to a smartphone’. The Wearable Sensor that can be placed into wristbands as well as headbands tends to measure skin temperature and level of glucose, sodium, potassium and lactate in sweat. 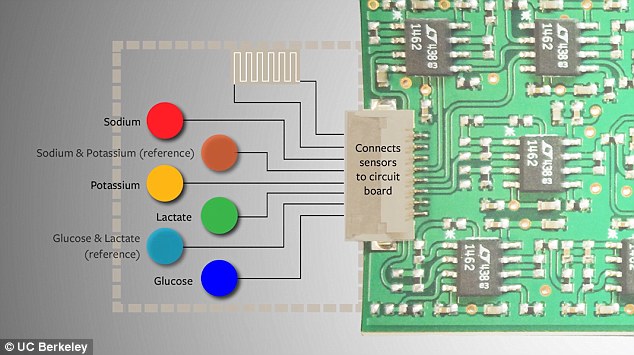 Analysing the data and transmitting it to a connected smartphone is done with the help of ten integrated circuit chips. The participants in the research were then fitted with the sensors, puttingthem through their pace in vigorous indoor as well as outdoor activities such as running, walking and cycling. It is said that the perspiration sensor links with various innovative sensors that are being developed. At Kyoto University, a group of researchers have created a technique which tends to measure heartbeats wirelessly and the technology works in real time.

It is accurate as an electrocardiograph and uses a type of wireless communication in measuring the vital signals of the body. A similar Wearable Sensor had been developed at MIT which utilises the in-built accelerometer in a smartphone to measure vital stats like the heartbeat. 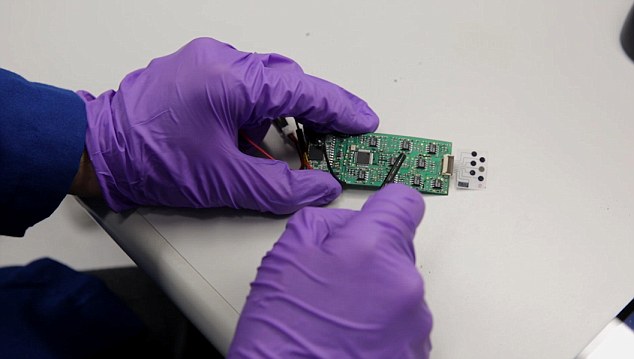 At MIT, researchers have also developed an ingestible sensor which utilises microphone in order to pick the heart beats. Chaotic Moon, a tech company had developed biotech tattoos, which tend to stick to the skin. Besides this, a crystal skin patch could be used in order to provide real time health alerts. The team at UC Berkeley expect that their device could be utilised in various medical settings. Javey had mentioned that while the technology tends to work well on sweating athletes, there are possibilities of many other application of the technology.

For instance, such as measuring vital metabolite as well as electrolyte levels of healthy persons in daily life. It could also be adopted to monitor other body fluids for those suffering from injury and other illness. The team had also worked with Professor George Brooks, an exercise physiologist at the university in order to put the sensor through its paces