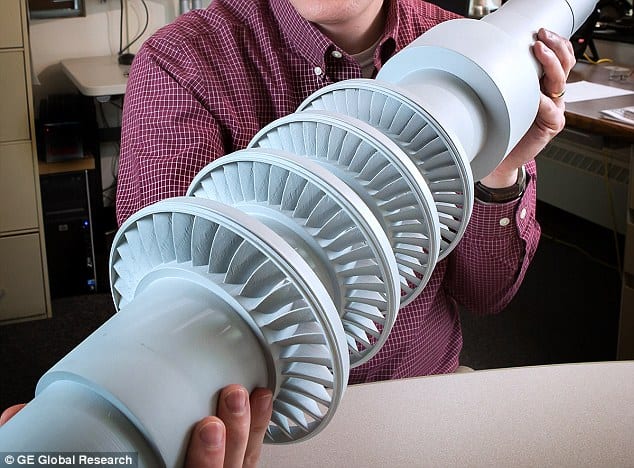 Turbine Designed – No Bigger than the Office Desk

A Tiny Turbine has been developed by engineers that seem to have the capabilities of powering a small town all the time which is no bigger than the office desk.  The tiny turbine which has been designed by GE Global Research can power 10,000 homes and as per researchers could be helpful in solving some of the growing energy challenges in the world. Instead of steam that is naturally utilised to set the turbines in motion, the new tiny turbine is said to use carbon dioxide. Doug Hofer, lead engineer on the project, in Albany, New York had stated that this compact machine enables them to do amazing things. The world is in search of cleaner and more efficient ways of generating power.  The concepts explored with this machine are helpful in addressing both.  As per MIT Tech Review, it is said that the turbine is driven by supercritical carbon dioxide that is kept under high pressure at temperatures of 700 degree Cent. In these conditions, the carbon dioxide arrives into a physical state between gas and liquid thus enabling the turbine to harness its energy for super-efficient power generation and the turbine transfers 50% of the heat into electricity.

This could help energy firms in taking waste gas and repurpose it for efficient and cleaner energy production. Waste heat which is produced from other power generation systems like solar or nuclear can be utilised in melting salt, with the molten salt used to the carbon dioxide gas to a super-critical liquid, which could be much faster than heating water for steam. GE has confirmed that the power cycle is a closed loop that tends to circulate the CO2 constantly around the cycle and that there are no waste products when used with solar energy from the system. 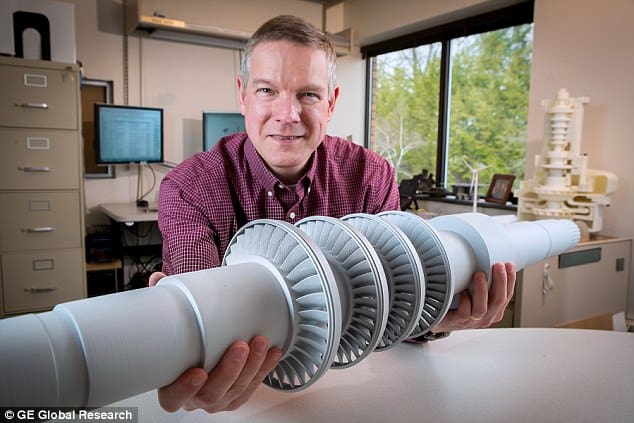 The team is said to be apparently working with US government agencies for testing the turbines, working on projects with the Advanced Research Project Agency-Energy as well as the US Department of Energy.  Moreover, the design of the tiny turbine would allow it to be powered up and shut down easily which could make it useful for grid storage, an issue with renewable sources like wind and solar.

Technology in its Initial Stage

Presently the design of the tiny turbine has the potential of producing up to 10,000 kilowatts of energy though the turbines could be scrambled up to generate 500 megawatts adequate to power a city.The technology is said to be in its initial stage but the researchers expect to put the tiny turbine through its pace later in the year.  Industrial scale testing would also help in making commercial pricing clearer.  Hofer has explained that with energy demand likely to increase by 50% over the next two decades, they will not be in a position to wait for new, cleaner energy solutions in powering the planet. They will have to innovate now, making energy generation as efficient as possible and programs which they have been working on with the US Department of Energy have been helpful in getting there. A 3D printed model of the tiny turbine has been made, exhibiting the principal, though a final version of the present prototype is expected to weight only 150 lbs.