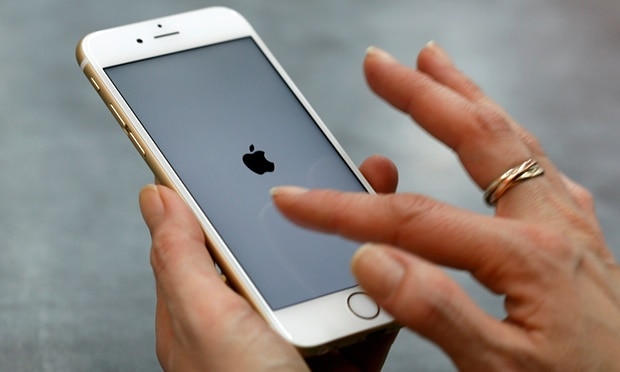 Error 53 is an error message which has been thrown up by iTunes whenever someone tries to carry out an iOS upgrade on an iPhone 6, 6 Plus, 6s, 6s Plus. The iPhone 5s is not affected and it tends to affects only the handsets that has the Touch ID sensor or the ribbon cable which seems to connect to the mainboard exchanged by a third party fixer or that which has been damaged or tampered in some way. iPhone users who have been affected by this problem recommend that upgrading from iOS versions 8.1 and above could activate this mistake.

Technology giant, Apple may face legal action with one U.S law firm, PCVA who has been investigating the probability of a class action lawsuit, over the suspected practice of disabling updated iPhone 6 devices that could have been repaired by third parties.

According to the Guardian, the Error 53 issue surfaced after iOS software update and appeared to affect devices with replaced or damaged home button as well as Touch ID sensors. The problem has provoked indignation from users who state that they were left holding unworkable and now valueless phones.

One poster on the Guardian website had stated that `show me where in consumer law, the vendor has the right to render inoperable the hardware just bought. PCVA is of the belief that Apple’s attitude could violate various consumer protection laws in the US and would be offering to represent victim free of cost.

Apple has acknowledged that the error and the company had stated on a dedicated support page that this is the cause of a security feature stating that `iOS checks that the Touch ID sensor matches the device’s other component at the time of update or restore. This check keeps the device and the iOS features linked to Touch ID secure’. However, the Seattle-based law firm. PCVA, considering a class-action lawsuit had stated on its site that they were of the belief that Apple could have intentionally forced user in using their repair services, that was costing much more than several of the third party repair shops.

Apple is under pressure to scrap its controversial policy of disabling repaired iPhone 6s permanently, when software tends to be upgraded, after a global consumer reacted and claimed that the company could be acting in an illegal manner.

A barrister in UK had informed the Time that the reckless policy of Apple by effectively killing the iPhone of consumers after the upgrade of software could possibly be taken as an offence under the Criminal Damage Act 1971. It is said that the act makes it an offence to destroy the property of another, intentionally.

It was revealed by the Guardian recently that thousands of iPhone 6 users had found an iOS software upgrade permanently disabled the phone that was left displaying an `Error 53’ code and nothing could be done in restoring it in working condition. Last autumn,the iOS 9 software update that has been launched will in the jargon ‘black’, the handset if found that the touch ID fingerprint recognition and/or the home button is not original.

Some of the victims had their phones repaired by third party contractors while other had damaged their handset and in most cased the phone had been working as usual for some time prior to the software upgrade shutting down the handset.