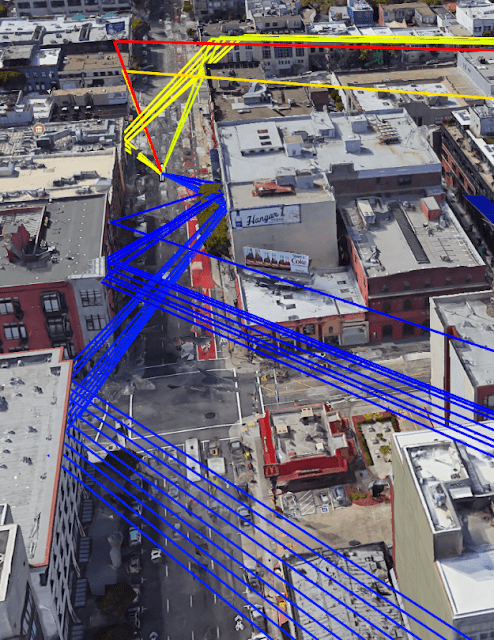 Written by Andy Prosper
Google Maps Augmented Reality Mode is on. Have you ever opened Google maps and just felt lost? Meaning you didn’t know where that arrow thingy was pointing? Well if you’re in this category, which I believe most of us are then Google maps new augmented reality mode is for you. This new feature in Google maps places arrows in reality to get you to where you’re going. So, no more walking two blocks in the wrong direction.
Google maps augmented reality mode will help you find your way especially when you’re in a new city surrounded by a number of metal buildings. In these instances, the GPS or phone’s compass does not work all too well and that’s when you end up walking in the wrong direction.

The moment you start up Google maps, the blue dot takes time to start up and when you’re on the road that means no wait time. Sometimes you may be surrounded by many buildings full of metal and that again distorts the compass. This is where Google Maps augmented reality mode steps into play. It might still be work in progress but it’s headed in the right direction.

Google maps augmented reality mode draws up arrows and other signage into your camera’s view of the real world to make sure you’re heading the right way. How it does this you ask? Google maps compares the camera view with its own collection of street view imagery to help figure out where you’re standing. Besides that, it also detects which way you’re facing and where you’re headed off to. This is especially useful when that blue dot is not really sure where you are.

Google first released news of augmented reality on Google Maps nine months ago at its I/O conference. But since then has been mum on that front. It has spent that time pondering about how to make the user interface.

The first user interface involved drawing a path on the ground. Early users tried walking on that exact path without checking to see if it was safe or even necessary. So that idea was scrapped. Then next they tried putting floating particles to show the way. One user ended up asking why they were following floating garbage. That’s the second idea down. 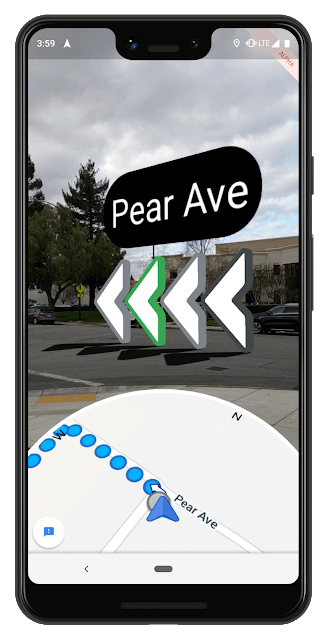 Besides having to look for an appropriate user interface, the Google team had to also solve the problem of holding up the phone for too long. Google maps augmented reality works in short bursts without requiring you to hold up your phone for extended periods. In fact the app will tell you put your phone down after a while.

Google maps augmented reality works much in the same way as Google maps. You just have to input your location and instead of pressing “start” you press “start AR”. The app opens up camera and asks you to point at buildings opposite to where you’re standing.