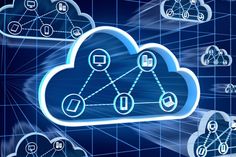 As we are at the end of 2014, it is the right time to look at some of the omnipresent Cloud computing trends. These trends include an increase in usage across the various cloud-computing models, influence of swift innovation strategies, and the key business drivers. While on one side, the cloud computing adoption has reached a certain maturity level as 69% of one of the survey respondents stated that at least some part of their computing infrastructure is in the cloud. However, the survey also highlighted that nearly 56% of the companies are still in the process of identifying their IT operations, which have the potential to be moved to the cloud. This survey and the market study were conducted by IDG Enterprise. The survey respondents opine that the business technology has become the game changer and at the same time cloud solutions are providing additional benefits. They are increasing the agility of the IT (63% of the respondents), IT ability (61% of the respondents) and 58% of the respondents felt that the ability of the companies to access digital service applications and critical business data.

Eliminating the obstacles of Cloud adoption:

IT leaders have different perspective about the barriers pertaining to extracting the complete advantage of the system. This perspective is completely contradicting when compared to their LOB counterparts (Line of Business). However, they have agreed to the fact that security is the main and the biggest challenge while implementing the cloud platform. Increased numbers of IT leaders are more concerned about integration (46% of the respondents). 37% of the respondents stated that LOB leaders find the measurement of return-on-investment to be a more important factor and challenge.

According to Brian Glynn, chief revenue officer of IDG Enterprise as the cloud computing is reaching its maturity, more numbers of companies are now looking forward to upgraded services rather than just adopting the system. He further added that this would open new avenues for the existing as well as new solution providers as they will get motivated to look out for opportunities to improve the agility, as well as develop ideas of innovation but still be able to maintain a balance between risk and security.

Evolving of the Cloud service preferences

Nearly three-quarters of the companies confident about the security of the assets they have put in the cloud computing. In order to have a sense of control nearly 80% of the companies have already created governance policy. Compared to hybrid cloud, the public and the private cloud are still the most preferred environment. In the next 18 months, due to the increasing workload, the amount of the data that will be stored in the public and private clouds will increase by 21% and 25% respectively.

According to the current statistics, nearly 23% of the spending on the cloud solution happens with sales, marketing and HR looking for solution when compared to the IT department. Even if the cloud system has been purchased by the LOB, involvement of the IT department is evitable. CEOs and executives are looking out towards cloud computing for competitive advantage as well as strategic imperative.