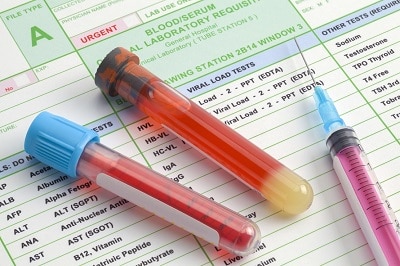 The sooner you discover a tumor, the better. Scientists are therefore researching a method that could enable rapid tests for cancer in the future. But already today the so-called Liquid Biopsy offers advantages in the therapy of the disease.

The possibilities sound fantastic: a little blood, more is perhaps no longer necessary in the future to discover a tumor. A crust test so fast and easy that it could be part of any routine checkup. Does it work?

In the case of the Liquid Biopsy, the so-called cell free DNA (cfDNA) is isolated from blood plasma (or other body fluids such as urine). These are small hereditary information fragments – usually no more than 150 pairs of bases – that swim freely in the blood. “They are released, for example, when cells die”, explains Holger Sultmann from the German Cancer Research Center. Tumor cells also release cfDNA when their lifetime is over.

In 2015, 8.8 million people died of cancer worldwide. The sooner the disease is discovered, the better the healing chances. However, small tumors are also difficult to identify with today’s early detection options. In order to determine the type of tumor or to observe it during a therapy, in most cases tissue samples are needed for which the patients have to be biopsied. “This is an invasive procedure that is risky in many cancer patients,” says Sultmann. Taking blood is a child’s play.

“Theoretically, the DNA fragments show exactly where the tumor is growing in the body – even before it can become a deadly problem”

In the Liquid Biopsy, the cfDNA is isolated from the blood plasma and sequenced. Tumor DNA has characteristic mutations, it can be distinguished from normal DNA. If they are sequenced, this is a clear warning signal. Each tumor type also has its own mutation hotspots. Theoretically, the DNA fragments can be precisely read out where the tumor is growing in the body – even before it can become a deadly problem. In practice, however, it will take a few more years until you get that far.

But the Liquid Biobsy is already a useful tool. For example, in the treatment of certain tumor types, such as lung cancer. When a patient makes a therapy, you can regularly test your blood for days and weeks on markers. “We can then use Liquid Biopsy to determine whether a mutation is still in the blood or not,” says Sultmann, who has tested the procedure together with his staff on lung cancer patients.

If the therapy works, the tumor DNA disappears from the blood. But often the tumor is also resistant and does not respond to the drug any more. When exactly this happened, one could not predict so far. With the help of Liquid Biopsy you can determine it – even before other common methods like CT- or MRT-Scans. “You recognize the time sooner and save many patients from getting too big,” says Sultmann. In the case of lung cancer, the medication can then be changed.

There is already an approved test for the therapy monitoring of lung cancer in the USA, says Sultmann. However, a lot of research is still needed to enable the cancer test to be used for diagnosis and early detection. At the world’s largest cancer congress, which ended this week in Chicago, the Liquid Biopsy was also a big topic.

A problem for the physicians is the small amount of cell-free tumor DNA in the blood or other body fluids. “From one millilitre of blood we obtain about 100 nanograms of cfDNA. This is by no means sufficient to find the mutant fragment under 50,000 normal, “says Sultmann. “We hope that the technologies will continue to develop.” The work of Grail, which included Jeff Bezos and Bill Gates, could also be helpful.

The challenge: DNA mutations that can indicate cancer can also occur in healthy people And so one day you might be able to regularly test people at the doctor’s for mutations that point to cancer. But the next challenge lurks here: cfDNA mutations also occur in healthy people. The older a person is, for example, the more often they are found in their genome. “You can not make the healthy people unsure and say: we have found mutations, but we do not know if that means you have cancer,” warns Sultmann. “The criteria on which one could decide whether someone may have a tumor are not defined in the Liquid Biopsy so far.” His suggestion: early detection only for risk groups, for example smokers.

“The cancer test will arrive soon, but it is difficult to predict how long it will last,” says Sultmann. But even in five to ten years there could be a blood test for other cancers than lung cancer.