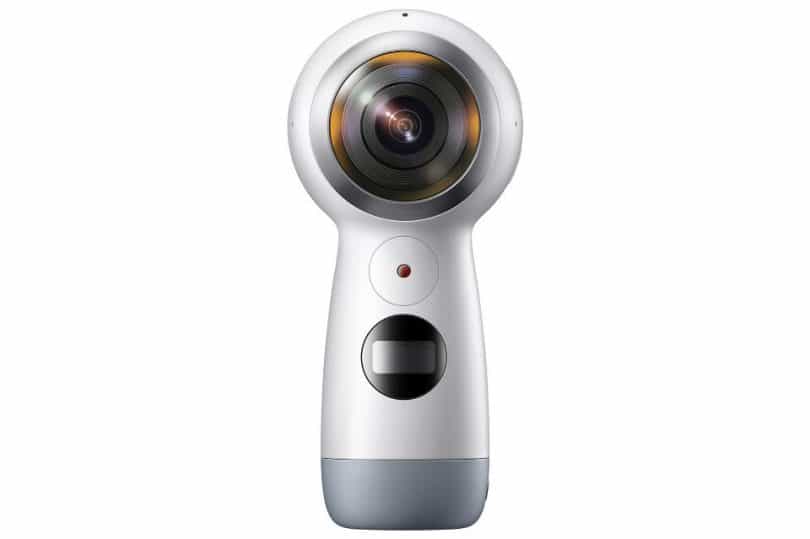 The market for the Samsung Gear 360 is expanding very gradually but that has not deterred Samsung from launching an updated version of its Samsung Gear 360 camera. The original camera launched by Samsung was simply a small sphere equipped with a built-in tripod for added functionality. But Samsung has spent a quality time in enhancing the specs and design for this year’s Samsung Gear 360 camera and it comes with a wider compatibility which will certainly help in boosting its sales.

Specifications & Features of the Samsung Gear 360

Samsung Gear 360 is for the travel and sports enthusiasts who look forward to capture the glorious, exciting and revealing moments of their journey or game. The shape of the Gear 360 is quite easier to user and extremely comfortable to hold not to mention the awesome portability. Samsung Gear 360 comes with a handle which acts as a tripod mount.

Samsung Gear 360 is equipped two 8.4 megapixel sensors which two F2.2 lens. Thereby it is capable of capturing a single 15 megapixel image. Samsung has worked aggressively towards improving the image quality on the Gear 360 2017 variant. 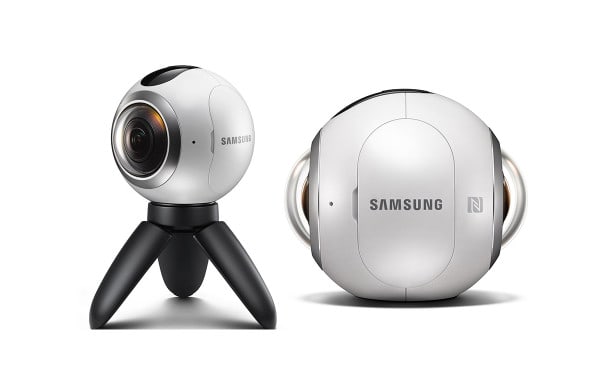 On the support front Samsung Gear 360 can connect to wide range of devices via Bluetooth and Wi-Fi. It also has support for the microSD card up to the size of the 256 GB. With a 32 GB memory users will be able to store about 2 hours of 4K footage, 10000 units of 15MP images and over 10,000 HDR landscapes.

Users will be able to bump up the resolution of the videos on Gear 360 from 3840 x 1920 at 30 FPS to 4096 x 2048 at 24 FPS which is a good sign.  The battery is just 1160 mAh which is sudden downsize from the earlier variant of 1350 mAh. The reason to opt for a small battery is due to presence of the small camera along with smaller sensors on the device which tend to drain less power.

Things to watch out for in Samsung Gear 360 Camera 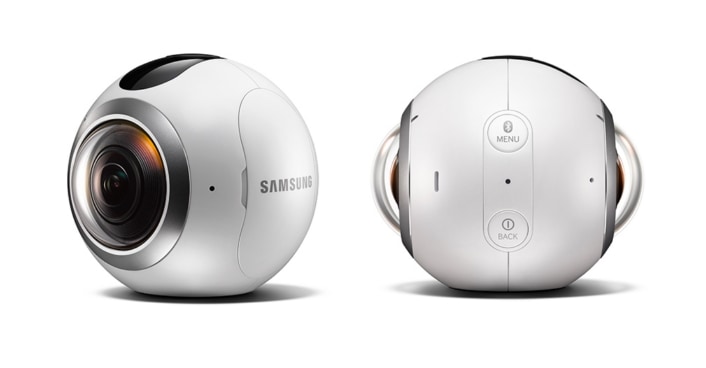 The latest Samsung Gear 360 comes with support for iOS as well as non-Samsung phones which was missed on earlier variant. But it should be noted that the amount of features and functionality will be limited as per the mobile device, region and OS version on the non-Samsung devices. The good thing about Gear 360 is that it doesn’t have any functional limit while using on any iOS device.

Samsung has kept the pricing for the Samsung Gear 360 under tight wraps but as per the last variant this one is expected to costs just $300 or little more. The app designed for the new Gear 360 2017 is sadly still in the beta stage while the older version of the app is simply not compatible with the new Gear 360.