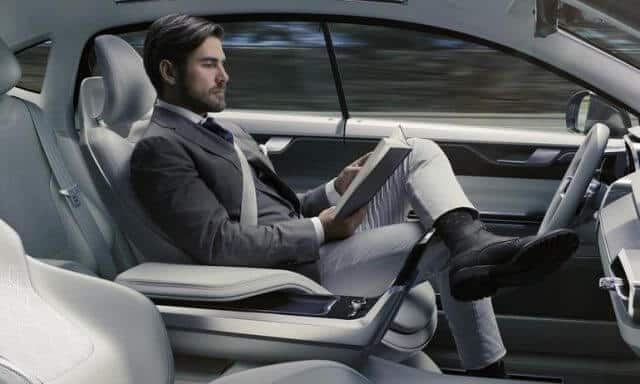 The Autonomous vehicle driving company created by Google, Waymo, announces that they are planning to launch a commercial passenger transport service with a fully autonomous vehicle in Phoenix within just a few months. We talked about the same company that, over the past year, managed to go from 0.8 to 0.2 human interventions every thousand miles.

The evolution of Autonomous vehicle driving does not fail to generate increasingly positive and encouraging news: the development of a new model of better and more precise Lidar joins a new specialized processor created by Nvidia capable of processing 320 billion operations every second fundamental to control the immense amount of information generated by sensors and sources of information of all kinds that concern the driving.

More and more articles talk about the forecasts for the end of the activity of the truckers, the arrival of autonomous vehicle of distribution, the strategy of vertical integration and acquisitions of big companies of automotive like GM in this subject, the new Californian legislation in this respect , or even the possibility to dedicate certain lanes in the exclusive motorways for the circulation of this type of Autonomous vehicle.

However, and here comes the dysfunctional part, we still find more and more people in classes and conferences willing to deny the greatest: to believe that technology is still very far and is implantable, to continue to believe that the old trolley problem is some kind of insoluble argument, or who pretend to hold that the new guidelines created by the US government will supposedly always force the presence of a human always at the wheel, when it is not true that they say that and are also limited to simple guidelines that will be revised as technology advances logically, demanding. Does anyone in their right mind imagine an immovable law that, when the autonomous vehicle is already tested to the full, tries to continue forcing a human driver behind the wheel? A little logic, please. Technological skepticism is always interesting and can contribute much to the discussions, but if we bring it to irrationality, we can end up like that Indian minister of transport who, in a country that has seen more than a million and a half people die on their highways in the last decade, intends to refuse the entry of autonomous vehicle because they could destroy jobs …

When we talk about the autonomous vehicle, we talk about technologies that can save many lives, solve complex and difficult problems such as congestion and pollution, or revolutionize logistics to make it much more efficient. That’s what’s really important. Technology will come not only when it progresses to the point of becoming adequate, but when, in addition, society begins to think that it is a good idea and that its time has come. We should abandon irrational objections, and begin to advance in the social consensus necessary for innovations to bear fruit. As a society, we are very much at it.