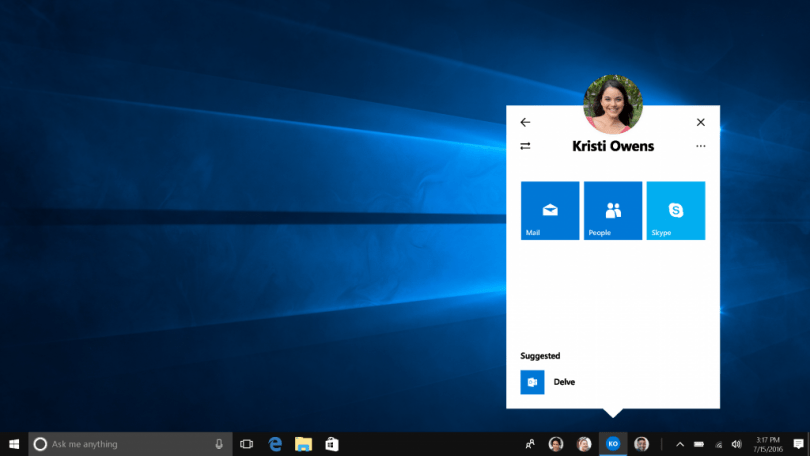 Written by prodigitalweb
Microsoft has unveiled a new Windows 10 Update for its users. From many days, this news was buzzing everywhere that Windows 10 is about to introduce a new update, and as April 2017 ushered in in the very beginning the new update was launched which ended the long wait of all the windows 10 users.
With this new launch of Windows 10 Update for creators, windows has brought in several changes that would excite all its users and would enable them to be friendlier with this newly upgraded software. This Windows 10 creators update is sure to give your system a boost that you always longed for. All your problems will be solved in no time with this peeking version of Windows 10 update.
The changes are such that the Microsoft Edge that was considered initially very slow and less advanced has taken the notches high and now it supports faster speed, greater power and facility for managing tabs. It is has also become capable of displaying e-books from the store that supports all the applications of Windows.
It bears several enticing features that will ensure you security from all ends and all your private data and files will be safeguarded from any sort of hacking software. Thus, security to all your private data which everyone wants has been granted by the developers.
Parents tend to be worried when they find their children spending a lot of their time sitting on the system and all they have to do is play games or watch tv series, but Windows 10 update for creators has come up with a gift for all the parents, as it would also provide parental care to your children, by setting the time limit for the children to use computers, along with this the software will automatically upgrade to the latest version without any manual guides given by the user.
As you can guess by its name, the system provides such tools which can bear 3D software and very tempting and exciting features of gaming, especially for those who have a keen interest in developing creative applications, arts and many more interesting stuffs.
As the system update is very fresh in the world of technology, the developers have asked the users to backup all their files and folders before opting for renewal of the software, as the users might run through a risk of losing all his important files and folders. However, the software developers of Windows 10 have tested the entire programming system before launching it into the public sphere, but still it is always preferable to be sure than to be sorry. So, one should always backup all his imperative data before upgrading the software to avoid any inadvertent consequences.
The features of this Windows 10 Update for creators is really very captivating and a little bit of cautiousness is all that you need and following the exact methods as suggested by the developers to upgrade the system is always considered as a smart choice.