The annual developer conference of Facebook namely Facebook F8 Developer Conference was started on Wednesday in San Francisco. The main theme of the conference was focused on repeated announcements pertaining to Facebook to be considered as an ecosystem, the announcement sheds light on the idea behind the Facebook Messenger platform.

Messenger during its initial days was a simple. It contains features like stickers as well as chat heads. During this conference the company unveiled their plan of turning Facebook messenger into an e-commerce platform with additional benefits of video sharing as well as support of various apps. The company also shed light on their plans for connecting their videos with other platforms like Internet of Things (IoT) products.

The main focus of the company is to get the Facebook platform grows beyond its current limitations. All these clearly indicate the effort of the company towards transforming their simple website into something that is a microcosm of the internet. So, some of the main things that can be expected to have an influence on Facebook are:

Even though the Facebook messenger has a strong customer base, but they are still lagging behind the counterparts Whatsapp. With their new plan the company to integrate their messenger with nearly 40 different apps is expected to be rolled out in the next couple of days. The Facebook user can expect to receive sports clips through their ESPN app apart from this they will access to the apps of other partners of the company like JJ Abrams’ Bad Robot film production company and The Weather Channel.

With this app the users will be able to interact with the companies during their purchase. They will be able to ask questions, get clarifications. The company is expecting this platform beyond retailing in the future.

This new app will allow the users to leave feedback and message on any website in real time, allowing users to share these comments on your personal website or social media page. The publishers of certain websites will be able to receive the comments on the users in real time.

The company also announced that the uploaded videos can be embedded making them on par with the videos on YouTube. Even though this feature is available for public videos it is still beneficial for publishers, brands and journalist.

The company also announced the spherical videos which have been shot from multiple angles and allowing the users to get a 360 degree view of the clip. These are accessible on the Newsfeed. This is attributed to the purchase of Oculus VR by the Facebook Company. 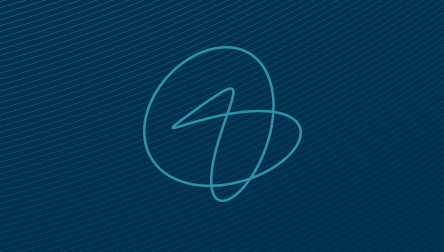 A new share sheet has been introduced for better sharing experience. The users will be able to tag friends and videos without the need of leaving the 3rd party app they might be using.

Through this the users will be able to share apps more easily and drive installs for the developers.

The company has announced a new platform called Parse to combat the issue of standard maintenance in IoT. This is an attempt from the company to stay focused and relevant in the market.

The company also announced a new tool which will allow the developers to monitor the usage of their apps. The same will be used for verifying the marketing effectiveness.

Since everyone knows that the company like Facebook rely on ads for making money, LiveRail ad exchange will allow the company as well as the developers of the apps to still make money but through off mobile ads.