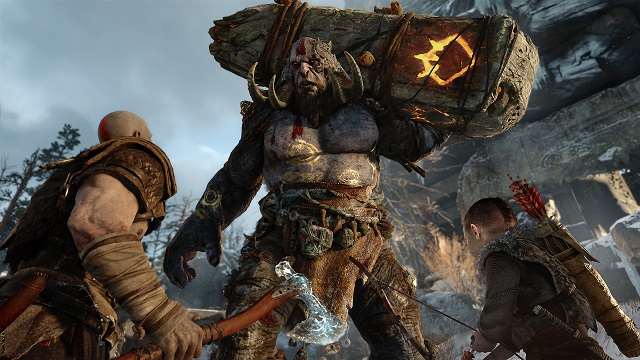 In this technology world, many prefer to play virtual games than physical ones. And PlayStation has always been the favorite for most of them. In addition to this, is the top-rated game is the God of War. It is a third-person action game developed by Santa Monica Studios and published by Sony Interactive Entertainment. The game has a significant impact on Gamers.  Each edition of this game was launched along with the release of PlayStation. And with the announcement of the release of the new ps5, people are expecting the announcement regarding the God of War 5 with PS5 event.

The game director of God of War 5, Cory Barlog, has been dropping few hints for the game since March 2020. Barlog has also disclosed that the boss battle against an enormous, demonic bird is cut from the 2018 game. That feathered demon is initially slated to be an encounter in Helheim. But the Santa Monica Studios didn’t have enough time to add this before the game’s release. So this implies that Barlog and his team have some leftover stuff that might be added to God of War 5.

Most of the information about the new game God of War 5 comes from the job openings that were made available and from Cory Barlog’s teasers tweets. Being the developer of God of War games, the Santa Monica Studios has neither denied nor accepted that the game is being developed under Barlog and his team. The studios published a job post vacancy for a “Senior Combat Designer” on June 14. It was also mentioned that the applicant must have “knowledge of God of War (2018) and be able to speak in-depth about the combat system, mechanics, and enemies.” This was the massive hint dropped by the studios.

Though the line has been removed, the position is still available. This implies that either the position is filled or Santa Monica has removed the front to avoid the rumors.

On the last time at the end of the game, Kratos will battle against Baldur, the Norse God of Light. Later Kratos and Atreus travel to Jotunheim to scatter the ashes of Kratos’ wife and Atreus’ mother, Faye, after defeating him. And here they find that Faye was originally been a giant named Laufey. That makes Atreus half-god and half-giant, and his other name is Loki.

On their journey back home, Atreus questions his father about this true identity and his mother’s legacy. But Kratos deflects most of them.

Look like the game will be more exciting than expected. And the team is putting all its efforts to make sure that it does not disappoint the Gamers. So there is a lot that we can expect from God of War 5.

Consoles that God of War will work on:

Santa Monica Studios is a subsidiary of the Sony Company. So the God of War 5, if released, will be released on the new ps5. And we all know that none of the God of War game was released on any other console other than PlayStation.