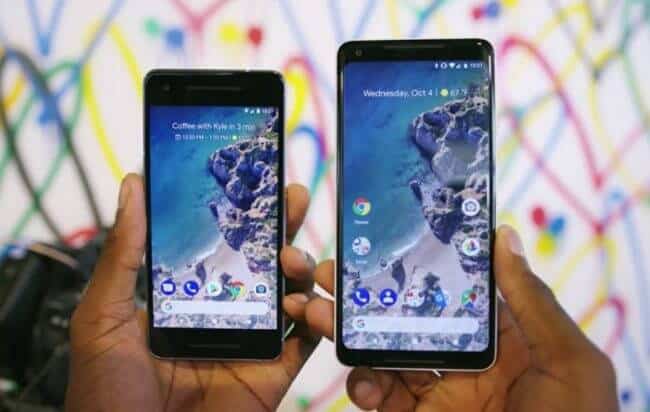 The screen of the Google Pixel 2 XL continues to accumulate problems: new complaints about possible ‘burn-in’

The Google Pixel 2 XL was announced earlier this month and already accumulates a few complaints on its curriculum, specifically its screen. Google Pixel 2 XL complaints about the lack of uniform brightness and muted colors now add a new one more serious than the previous ones.

This is the so-called ‘burn-in’ effect, a flaw that usually appears on OLED panels over time and causes certain images to be marked on the screen. The problem here is that the Google Pixel 2 XL just arrived and this should not happen so soon.

The Google Pixel 2 XL does not win for trouble

The Google Pixel 2 XL is fresh out of the oven, but the first impressions are not very good, especially in relation to the P-OLED screen. A few days ago we talked about the problems with brightness and muted colors, to which Google responded by saying that it was intentional. According to the firm, the objective is that tones are more faithful, but if we do not like it we can choose the vivid screen mode for more saturation. Now a new problem appears, and this cannot be justified in such a superficial way.

Last month, it sent units of the Google Pixel 2 XL to several American media for its review. It has been these who have detected the ‘burn-in’ on the screen of their terminals. The first was Android Central, but it does not seem an isolated event and others like Prodigitalweb or FirstPost have also been added.

The problem can be seen when the screen reproduces a uniform tone, preferably black or red. In the picture you can clearly see how the Android navigation bar is marked lightly on the panel when it should not be seen. Here are two possibilities: that is the so-called ‘ghost’ effect and the image ends up disappearing, or that it is a permanent ‘burn-in’.

At the moment it is not confirmed if it is a general problem or limited to the review units, but there is already a response from Google. In a statement issued to The Verge, the company claims to be investigating the problem. This is the complete text:

The Google Pixel 2 XL screen has been designed with advanced POLED technology, including QHD + resolution, a wide color spectrum and high contrast ratio to reproduce natural colors. Our products undergo exhaustive quality control before launch and during the manufacture of each unit. We are actively investigating this problem.

When a highly anticipated smartphone such as the Google Pixel 2 XL arrives on the market, it is usual to be subjected to a very thorough study and find several problems. However, while in many cases they end up being isolated or minor failures, the screen of the Google Pixel 2 XL is accumulating problems that a priori seem more serious. We will have to wait to learn more official details.