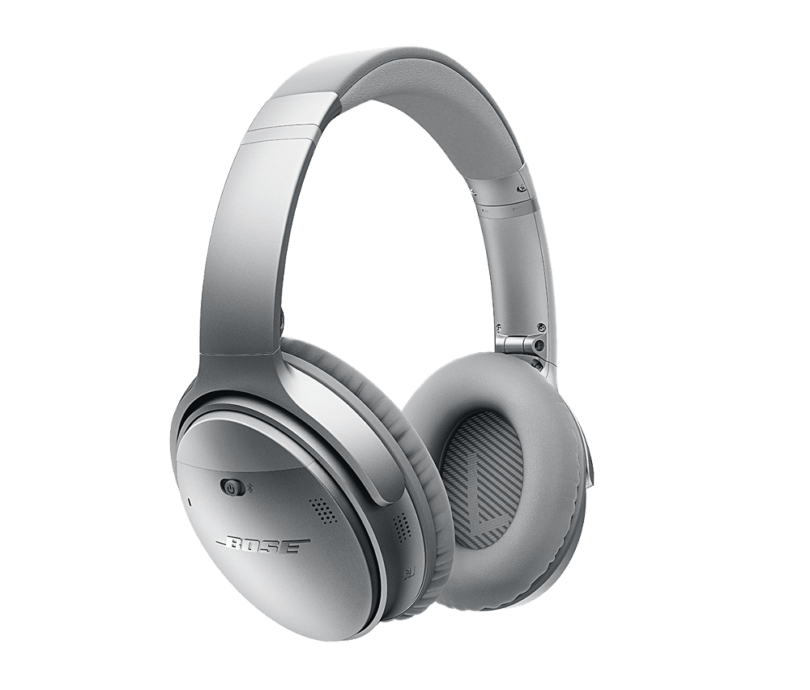 Bose has announced two latest products namely the QuietComfort35–QC35 and QuietControl 30–QC30 which has been providing both Bluetooth wireless connectivity as well as adaptive noise cancellation. The QUITECOMFORT 35 is provided with an over-ear design like the QC25 except without the wires while the QC30 provides same features in an in-ear design. 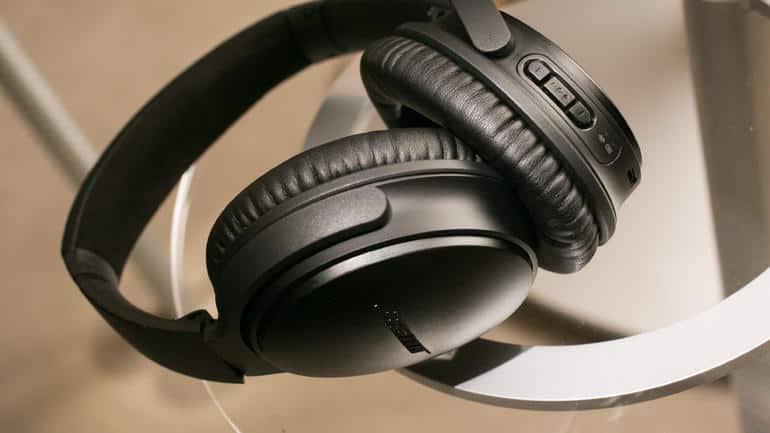 The company does not tend to change up its designs often and if one has seen any of the recent pair of Bose headphone, they will be familiar with the appearance of the QUITECOMFORT 35. On the right ear cup, the controls seem to be simple with an on/off switch together with controls for volume, playback and answering and ending calls.

Bose claims battery life of around 20 hours but essentially battery life is based on the listening volumes together with the other elements. In the latest model, Bose has been utilising microphones inside as well as outside the ear cup together with a dedicated chip for both sides. This links a new EQ which according to Bose `balances sound at every volume, for any genre’ thus making the QUITECOMFORT 35 one of the impressive successor to the wired QC25. 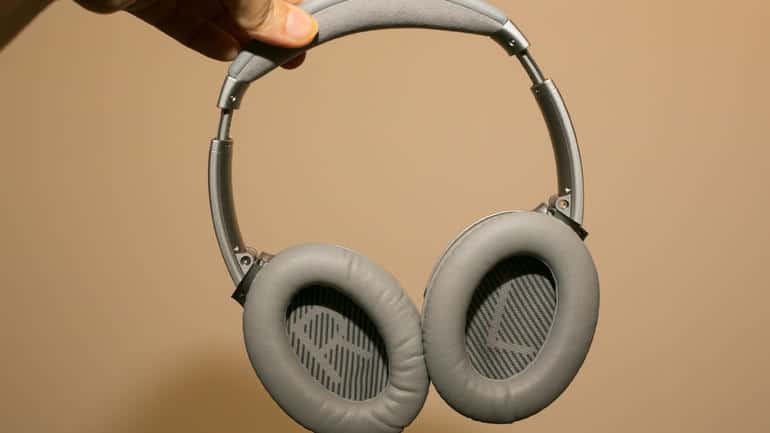 Inline Remote – Adjusting of the Volume/Pause/Resume

The QC30, in-ear headphones essentially provides much more by way of new features than the QUITECOMFORT 35 and this model tends to use a maximum of six microphones for noise cancellation.  However, the QC30 tends to provide adjustable noise cancelling, enabling the user to adjust how much of the outside world they would permit in or block out. This model seems to use the collar-style design utilised by some other companies, to keep from weighing down the listener’s ear.

An inline remote enables the adjusting of the volume, pausing as well as resuming music playback, answering and ending the calls, together with adjusting the volume of noise cancellation.  Moreover with the collar design, battery life is considerably less than the QUITECOMFORT 35 claiming playback of around 10 hours. The QUITECOMFORT 35 headphones of Bose are made available in black and silver models at a price of $350 while the QC30 will be made available at the start of September at a price $300. 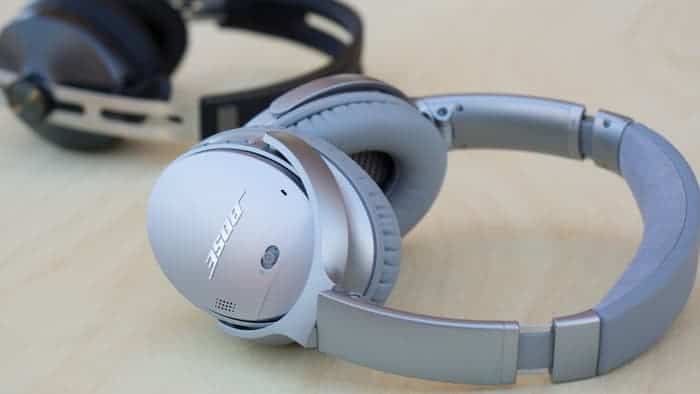 Bose has done a plenty of work on the other microphones in both of its products QUITECOMFORT 35 and QC30, the one which is used while answering call on the smartphone.  According to the company, each tend to have a dual-mic setup that performs better in making your voice come through clearly without any background sound interrupting the conversation.  Lastly Bose will be introducing two models of new Bluetooth earbuds, the SoundSport Wireless and SoundSport Wireless Pulse intended for sport and fitness audience which are water and sweat resistant.

Bose claims that they come in various bright colours or black and these come with lately designed set of tips which tend to remain comfortable in your ear irrespective of how intense your workout would be. The SoundSport Pulse version comprises of a built-in heart rate monitor inside the earbuds an attempt which was recently seen from Samsung and others.

These do not have any of the noise-cancelling techs like the others that were announced.  On the contrary they were intended to compete with Jaybird together with other companies attempting to lock down the fitness headphone market.  The SoundSport earbuds are available at $149 and the Pulse version will be shipped later for $199.