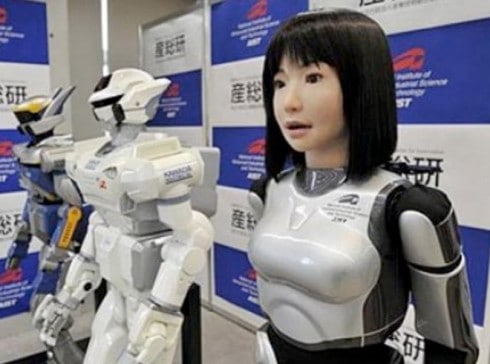 British researchers have now succeeded in creating a bridge between living cells and electronic components. In the experiments, Orr Yarkoni of Newcastle University and his colleagues succeeded in communicating organic cells with electrical components. This is the first step on the path to becoming a bio-hybrid robots, the robots with a living inner life.

The British researchers changed the cells from the ovaries of Chinese hamsters so that they react to visible light and as a result produce nitric oxide. When the cells come into contact with light, they produce nitrogen oxides, which in turn supply a platinum electrode with electricity. The platinum electrode then generates an electrical signal. The system thus creates a chain reaction from an optical input via a chemical mediator to an electronic output. The strength of the electrical output depends on the intensity of the light.

With this system, the scientists have overcome many obstacles that have so far been a problem in bio-hybrid technology for Robots. On the one hand, cellular processes are often too slow to interact with electronic signals, and on the other hand electrical voltages are harmful, if not deadly, to organic cells within such a system.  In the journal Bioinspiration & Biomimetics, the researchers report that the key to success lay in the discovery of nitrogen oxides as a chemical mediator. The gas is one of the few substances that meets all the necessary requirements for such a complex system. The gas has the ability to penetrate cells, has an ideal half-life and is one of the signal molecules that can maintain the gaseous state of matter within a cell.

The new system offers two major advantages over previous photodetectors: the cells can renew themselves in the event of damage and, secondly, they are able to combine incoming signals with each other. The researchers already want to use the new technology for the next generation of robots.  It will probably take a few more years before bio-hybrid technology can be put to good use with human-like androids, such as HRP-C4.