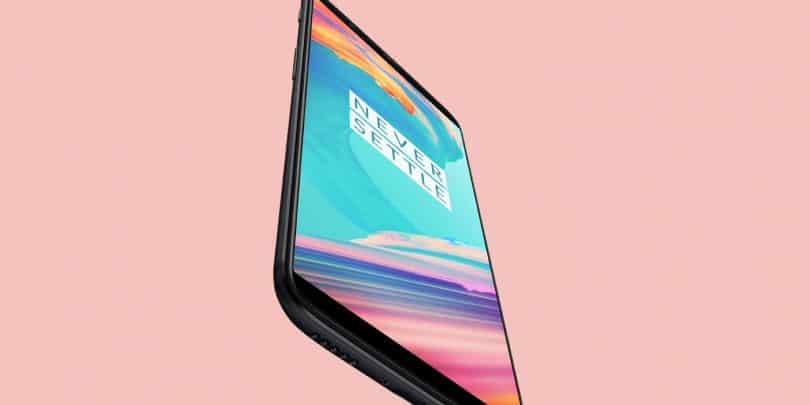 The Chinese smartphone manufacturer OnePlus has also been publishing its high-end phones in Europe since 2016. With the OnePlus5T, the current model gets a surprising update after just five months. Has changed little: The phone remains a good alternative to Samsung and Google.

The new smartphone from OnePlus has changed little in comparison to its predecessor: it has a larger screen. However, this does not make it completely rimless like the iPhone X, it rivals the Google Pixel 2 XL or the Samsung Galaxy S8 +. But why does OnePlus release a new phone because of such a small change? The release of the predecessor ust finally only five months ago. The answer lies in the obvious strategy of the Chinese manufacturer: copy, copy, copy, and then press the price.

Since OnePlus 2016 entered the European market with its smartphone OnePlus3, its production cycle has always followed the same pattern. After Google, Samsung and Apple have introduced their innovations, comes a phone from OnePlus on the market, which is similarly powerful and also has the important innovations.

The devices from OnePlus were always very good. It has one of the fastest smartphone processors on the market and comes with OxygenOS – an Android offshoot without a lot of frills and annoying additional software. Only with the camera had OnePlus users always make compromises. Compared to the current pixel or iPhone, the photos look washed out and dark. But those who rarely take pictures will also get a phone with a functional design at a good price.

The price was and continues to be the argument for OnePlus smartphones. While the new Pixel 2 XL and the Galaxy S8 + cost up to 950 euros, the OnePlus5T is available for just under half: 499 euros. A really aggressive offer. Especially since you get almost the same in many places.

This is also the reason why OnePlus updates its smartphone with a larger screen. Smaller margins this year caused customers to buy new high-end phones. Starting with the Galaxy S8 or S8 + and the Pixel 2 XL up to the completely rimless iPhone X. The almost rimless display with its rounded corners is a new form factor that will soon become the standard. Those who can not offer it look like a model from last year – or a second-rate alternative. Especially the latter does not seem to be OnePlus: You try to keep up with the best. It does not work without a borderless screen.

The OnePlus5 and the OnePlus5T are so similar that even the small frame in which the SIM card is inserted, can be plugged directly from one to the other phone when switching. Only the necessary details were adapted: The fingerprint sensor was moved to the back to create more space for the monitor. This is unfamiliar at first, but you get used to it quickly. Instead of the fingerprint, users can now use Face Unlock anyway, so they can unlock their smartphone through their own faces. OnePlus is clearly geared to Apple and its Face ID.

When setting up Face Unlock, however, the camera of the OnePlus5T failed in the test to beards. Here seems to be missing the depth sensor from Apple. But who is shaved properly, will be thrilled. The smartphone unlocked as fast as the new iPhone X. The only drawback: With the iPhone X you also need to swipe to activate Face ID, in the test that went on the OnePlusT quite automatically – faster it works, but the notifications on the lock screen can so just look from the side.

As with its predecessor, the OnePlus5T’s digital keys can also be assigned shortcuts. However, one of the most important standard features of Android is missing: go back to the last app. Instead, you should now use the split-screen mode. He did not convince in the test, because he did not really run smoothly.

What OnePlus has not mastered even with the 5T, is the transfer of data when switching to the new phone. While Google and Samsung have long since taken the layout of apps on the home screen and all the widgets on the next device, the OnePlus5T only the most necessary profiles are transferred. That’s just a small flaw: So often you change your smartphone then but not.

Phones like the iPhone X or the Pixel 2 are lifestyle products. They are more than the sum of their hardware specifications. Users decorate with them because they are convinced by the brand or want to show that they live up to the times. The creators of the OnePlus5T would also like that for their own phone – at least product presentations give that feeling. In reality, the OnePlus5T has a little more of a tool. A device that works well and does everything it needs to. And that’s enough, because many people do not expect more from their phone. Since it does not matter that OnePlus can fulfill its promise of the perfect high-end smartphone at the best price not without reservations.