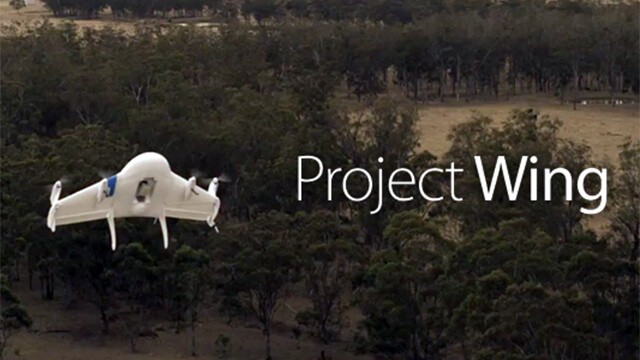 The area of experimental development of Google dedicated to drones, Project Wing, began to test that technology for the shipment of medicines and provisions to houses that are far from urban centers, and studies how to ensure the correct behavior of these unmanned vehicles before contingencies.

After the first successful attempts to make deliveries through project wing in public space, the team began working in an Australian rural community whose inhabitants have to travel for more than 40 minutes to get supplies.

“We announced that two Australian traders will join our tests, as they are anxious to understand how the delivery of drones could help them better serve their customers,” said James Ryan Burgess, one of the leaders of Project Wing, in the blog of the company.

The community of Queanbeyan, in southern Australia, worked with Google and “almost all” neighbors said they would value the delivery of medicines in their homes when they are sick, as well as food and other implements necessary for daily life.

Guzman y Gomez, a Mexican food chain, and Chemist Warehouse, a chain of pharmacies, were the first two firms to add their service to the application that enables neighbors to place orders and receive them “in their backyards” thanks to drones.

Last year Google tested the system on the campus of the US university Virginia Tech where there were no specific addresses, but now in Australia “with each delivery, the project finds a new space, with trees, sheds, fences and power lines ”

“That means that, in addition to learning what people want, we also need to learn how to deliver goods through project wing to people, we must train our systems to reliably identify safe and convenient delivery locations,” Burgess said.

In that sense, he acknowledged that this task “is more complicated than it seems” since it is necessary to “incorporate the preferences of the client” as the specific place of delivery in case of meals. The drones “have to be prepared to adapt to changing conditions at the place of delivery.

Although the unmanned traffic management (UTM) platform allows the route to be previously planned, the aircraft sensors are responsible for identifying obstacles that may appear during a flight or delivery, “specified the leader of the initiative.

In this sense, Project Wing said that “the more deliveries are made, exposing the sensors to new delivery places, the smarter the algorithms that lead them”.