Mercedes Benz is a well known global automobile manufacturer who never fails to deliver a quality product to its customers. Mercedes Benz falls under the division of German company Daimler AG. Today we will be talking about the new Mercedes-Benz E-Class
all terrain vehicles which by the way is new in the E class series. The new E series vehicle Mercedes-Benz E-Class is an SUV and it looks so tough and that design on that car will definitely inspire you this design was inspired from the high riding SUVs.

The style of the car is spread evenly from the front and till the end starting from the double slat grill bearing the Mercedes Benz three pointed star logo as well the safety rocker panels which will protect the car body from scratches and small damages. The sliver trim on the bumpers and the black cladding on the wheel rim will make you go Wow. 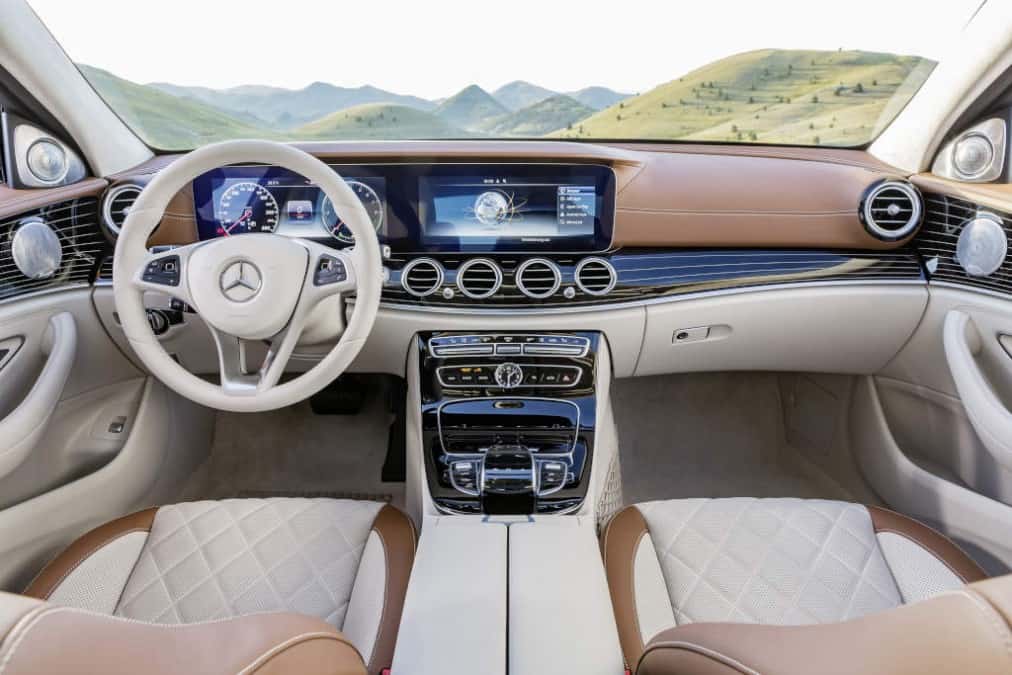 The new large headlights and with a single frame of Mercedes-Benz E-Class gives a sporty as well as an luxury look compared to the previous E series.

This model is named as E220D this car features an 2.0 liter four cylinder turbo diesel engine which will generate 195 horsepower at 3,800 rpm. The newly added part is the new oil burner from the modular engine family. This new E series features a nine speed transmission which is steering wheel attached shift paddles. This Mercedes-Benz E-Class car uses Mercedes Permanent 4 Matic all wheel drive system which transfers power to all the four wheels.

Now let’s talk about the interior the interiors in the Mercedes-Benz E-Class looks like the regular E class. This new all terrain uses nearly everything in the cockpit as it was in the old E class. The new dashboard in E220D uses many similar features as we see in the S class will the four round shaped A/C vents in the space between the central console and the infotainment console, the instrument cluster and that very large display in the center.

The new steering wheel featured in this all terrain vehicle has touch sensitive buttons which is very first in its segment. The unique function in this steering wheel is that it has a horizontal and vertical swipe which is identical to the screen usage in a Smartphone or a tablet that will allow the user to control the infotainment features using our thumbs.

The new feature added in this Mercedes-Benz E-Class is the all new intelligent luggage space solutions. The standard cargo fit position at the back of the rear back seat this makes  the rear back seat to a 10 degree sleeper angle which will help us to free 30 liters of cargo space the increased space is 23.6 cubic feet or 670 liters. The rear seat folding capacity is 40:20:40 split standard which opens a wide range of various configuration between the seating and the transport capacity of Mercedes-Benz E-Class. The boot space in the new vehicle with the seats fully folded flat is 64.3 cubic feet or 1,820 liters of boot space.