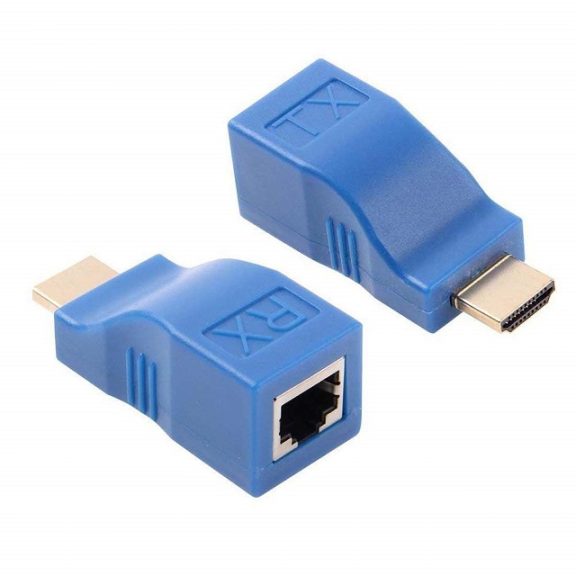 Nowadays, Wi-Fi can keep us connected virtually at any place. But when you are going to use a wired network, it has a few cons. For example, it has slower data transfer speeds. Besides, the user number of this network may affect the performance. However, developers who made different standards for HDMI came up with an answer when they released the HDMI 1.4 cable in 2009. High Definition Multimedia Interference is a method of transferring high-definition signals and processing them universally accepted technology.

These standards are for the addition of HEC, called HDMI Ethernet channel in High definition multimedia interference cables. People can use these for higher video resolutions, deeper color, 3D video, and an audio return channel. Using the Ethernet channel, you are capable of carrying data between two devices that are attached. Thus, it can help you in sharing a wired Internet connection.

You should know that the HDMI wire’s Ethernet portion is too quick. Therefore, it can support 100 Mb/sec of duplex bandwidth. This one is ideal for a high-speed Internet connection using which you can send videos or play online video games.

Developers designed the thing to avoid the dependency on Wi-Fi while hooking up an Ethernet-over-HDMI-ready HDTV or gaming system. All versions of High definition multimedia interference have standards for Ethernet connectivity, but it would not indicate that all of these are capable of offering it. In this article, we have given elaborate details about this.

What Do You Mean by HDMI Cable with Ethernet?

An HDMI cable with Ethernet indicates the type of cable that comes with an HDMI Ethernet Channel (HEC). It is a feature of the HDMI 1.4 version developed in 2009 along with ARC, which stands for Audio Return Channel. You can use HDMI Ethernet Channel for connecting two HDMI-supported devices or more than that. It can share a network connection speed up to 100 Mbit per second.

Before knowing about HDMI with an Ethernet cable, you should know first about some basics of HDMI. It stands for the high-definition multimedia interface. High definition multimedia interference was invented in the early stage of the twenty-first century, due to which this one has become the worldwide standard. It can share digital video and audio signals for approximately all media apps, but you should know that very few people use this for computer apps. The recent HDMI versions are capable of handling high-speed internet connections. It is the reason why you should use the current versions to offer 4K and 3D high-definition signals in ideal digital quality. Besides, the cable can transmit surround-sound audio of up to 32 channels and is compatible with anti-privacy signals. In simple words, it is perfect for a home theater or A/V system.

As HDMI cables are backward compatible, there is no need to assist with new cables in this case. However, two vital aspects are there that you have to consider. If you have a very old HDMI cable, it can suit a brand-new HDTV easily. But it won’t indicate that it offers optimal performance to the users. The reason is that a significant change has come in video standards in the last few years.

In recent times, the high-definition video signals that we transmit at higher speeds need more details than old TVs. It indicates that the current HDMI wires we use for 1080p or 4K high-definition screens come with higher data capacity. Besides, the cable is compatible with higher speeds and helps to showcase the amazing picture quality. If you use old High definition multimedia interference wires, it can give you an excellent display.

However, these are specially designed for the previous model televisions. It is the reason due to which you will see two HDMI general wire categories on the market. One of these is standard that we know as Category 1, and the other is high-speed, called Category 2. The Standard HDMI cables are mainly made and used for the earlier displays. These wires are suitable for 1080p, but these are rated for 1080i and below. Use high-speed HDMI wires because they can handle anything that you throw at them.

We have been told before that all High definition multimedia interference wires don’t have Ethernet capability. Therefore, if you connect an older HDMI wire to an Ethernet-over-HDMI-capable device, it can work properly. But it doesn’t offer an Internet signal automatically. So, you are required to use an HDMI wire to get your system online. If you discuss the category in detail, then the categories available on the market are four types: standard, standard with Ethernet, high-speed, and high-speed with Ethernet.

When you buy an HDMI wire, the first aspect you should figure out is the type of wire. Choose any of these two— standard or high-speed cables and decide after that if you require Ethernet capability.

Who Needs HDMI Cables with Ethernet?

The first thing you should know is that the two devices need to be connected properly so that the Ethernet connection works accurately. Besides, the devices you use should be compatible with Ethernet over HDMI. These devices will be labeled HEC compatible. You can make plans while purchasing an HDMI cable with Ethernet if you want. The ways through which the wires can work are:

In most cases, it is used to connect an HDTV or monitor with Xbox One, PlayStation 4, and other gaming consoles. While you play live games, you need a reliable and quick network connection to play against other players. Besides, when you download any update or new software, it is essential. You don’t need to use two Ethernet wires, i.e., one cable to an Internet-ready television and the other to the game console. In addition, you can share the same connection on the wire that is available between the two components.

Besides, you can connect a Blu-ray player to a high-definition monitor or television. Plenty of people is there who use different wires to receive Internet programming on Blu-ray machines. After that, it will help to send this to the HDTV. This wire keeps the connection between TV and Blu-Ray, and you don’t require in this case any extra connection between two devices.

However, if you need to pay a little bit more for an extra dollar or two over the cost, invest it.

What Does the HDMI Ethernet Channel Do?

There are plenty of home entertainment devices that come with a port using which you can connect stand-alone Ethernet cables. Besides, it allows the IP-based devices to make connections with routers, modems, etc., devices. This channel is a combination of features of standard Ethernet and HDMI wire.

The significant advantage of the channel is cable consolidation. Hence, it is not necessary to depend on several separate wires; as home theater, users merely need to rely on an Ethernet cable attached to a receiver. After that, you can use Ethernet-enabled HDMI wires to carry data transmissions from the main source to Internet protocol-based home entertainment machines. You can have the set-up, and there is nothing to lose in both quality and capacity.

How Ethernet Works with HDMI?

A data channel is incorporated by the HDMI link, due to which you will get bi-directional networking at speeds of around 100 MB/s. Ethernet helps to communicate internet protocol-based devices quickly on a single network. It enables you to share a network connection through many devices and helps to connect HDMI-enabled devices with one another.

Devices that are connected can share digital content via Ethernet Channels within HDMI 1.4 wires. You should know that the feature does not make any changes to encrypted or unencrypted data. Using this, you can share and access the data via different IP-based devices.

The Data protected with HDCP encryption will remain encrypted except when accessed by HDCP-compliant devices, while unprotected content remains free of content protection and can be accessible by all.

If you have a device with High definition multimedia interference Ethernet Channel functionality, you can use it. However, if you have an old standard device, you can not get most features of HDMI 1.4. In most cases, systems require a new HDMI processing chip. People who have old standard devices can use HDMI 1.4 cables.

Devices that support Ethernet provide High definition multimedia interference Ethernet Channel-enabled ports. Generally, manufacturers label the ports as “HEC,” whereas other manufacturers don’t label them. You should go through the owner’s manual properly to get additional details on HDMI Ethernet Channel support. Besides, make sure that you are using a suitable cable. If HDMI 1.4 wire supports this, then it will state whether it provides Ethernet Channel support or not. You can use the usual standard and high-speed HDMI wires as these lack a dedicated data channel.

HDMI Audio Return Channel is a feature you can get in most soundbars and television sets for audio purposes. These two are sometimes available in a combo named HEAC, but it is not so popular. If you use an HDMI cable with labeling as High Speed or is ARC compatible supports HEC too.

Mostly, televisions don’t come with hardware that is compatible with HEC. But the thing you need to know is that the hardware is compatible with ARC. Whether you are willing to connect your TV to the internet, you are required to use Wi-Fi or an Ethernet port. It can be quicker than HEC a few times.

Do you need HDMI with Ethernet or ARC, or EARC?

Whether you are searching for a new HDMI wire compatible with ARC, you may be confused about the features you should check. High Definition Multimedia Interference comes with plenty of features available in a single wire.

HEC and HDMI ARC use the same pins, due to which HDMI wires labeled as “HDMI with Ethernet” or ARC must work.

Enhanced Audio Return Channel is the complete form of eARC. Users can have the feature since HDMI version 2.1 is available. However, it doesn’t need upgrading if it is compatible with other useful features. Besides, you don’t need to upgrade it if you see this marked as High Speed. eARC is an updated version of ARC, and it comes with higher bandwidth. The primary function of eARC is that you can use it in home theaters. It is compatible with Dolby True HD and many other audio streams.

Multiple people have been there in recent times who prefer to use HDMI cables. However, if you want, you can use different processes for connection like an Ethernet cable, Wi-Fi, etc., and use high definition multimedia interference for audiovisual content. You should know one thing is that people don’t want to use the HDMI wire for the network.

You can get HDMI Ethernet Channel with cables and can use chip processors HDMI standard 1.4 & higher versions to connect HDMI to Ethernet.

HDMI is used for audio or video purposes, whereas people use Ethernet for the network. So, these have different usages.

It is not used for home theaters and computer apps.