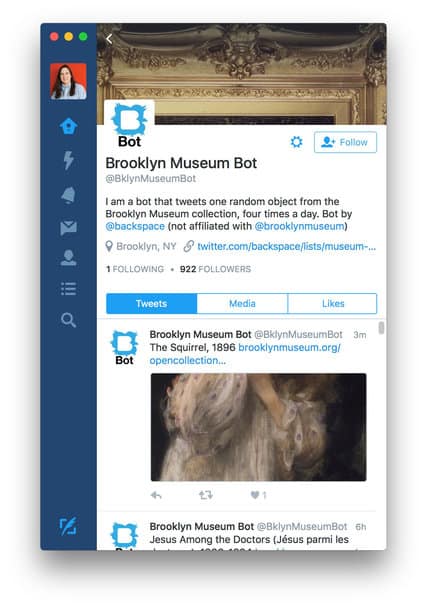 While the social media, in general, has its own credibility and at the same time like any other media, there are some sorts of problems or issues have already cropped up, which need to be addressed in a proper manner. The Twitter Bot is one of such problems that is being noted and faced by millions of twitter account holder, throughout the world, and created some sorts of confusion and problems, which are quite disturbing for many of the users, who doesn’t want to be followed in such a way.

Social media is the latest trend in the field of communication and news, where billions of people try to get in touch with others through various means, such as; Facebook, google, e. mail and most importantly Twitter, which has already got patronized by millions of people around the world.

Not only general people; there are lots of movie personnel, political leaders and statesmen availing twitter as an important avenue for mass contacts and preaching of ideals. The twitter was developed in 2006 and within nest 6 years the number of membership crossed the 100 million mark with a whopping 340 billion tweets per day, which establishes the utility and uses of this popular social networking site.

All potential twitter account holders are either following somebody or being followed by some people, through which the basic nature of reciprocative communication is done and people can share their views on any particular issue or subject. The basic problem lies here; any twitter member always go through the confusion that, whether a particular follower is a real human or a Twitter Bot? A Bot is nothing but a program that is being created for doing some sorts of typical repetitive actions or scripted tasks on anybody’s account. Especially in twitter; these kinds of Twitter Bot is used for various purposes, such as; help and also harassing the targeted person to a great extent.

It may be seen that whenever there is a new tweet; an immediate response from a new account is made or following the same, which is most certainly a Bot program, which is searching and following some specific keywords, mentioned in that tweet. These kinds of programs are randomly searching some keywords and if those keywords are found in any tweet; the twitter Bot immediately recognize the same and automatically either follow the tweet or post a reply to that specific tweet publisher.

Any tweeter account holder always suspicious about these twitter Bot programs and want to know the reality of the followers to get protected from any kind of surveillance and mischievous performance, therefore, try their best to identify any such suspicious element, who wants to sneak into the account.

The identification of the potential twitter Bot can be made in some specific ways; if the profile of a particular follower is having some kind of “egg” avatars or sporting a generic type of photo, may be potential twitter Bot, who might be following thousands of accounts but having very few followers and use to repeat almost the same messages over and again.