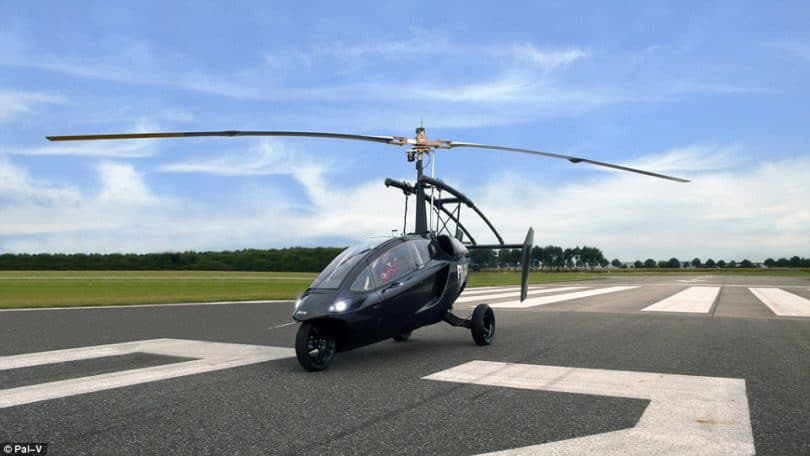 It had been predicted 50 years back by the Jetsons that we would be flying the family in airborne cars and experts state that we are excitingly close to it. They have voted that the PAL-V One Helicycle, which is a two seat hybrid car as well as a gyrocopter, is likely to be a reality. PAL-V has been recently selected by Maxim magazine as the most likely company in delivering a `real flying car’. 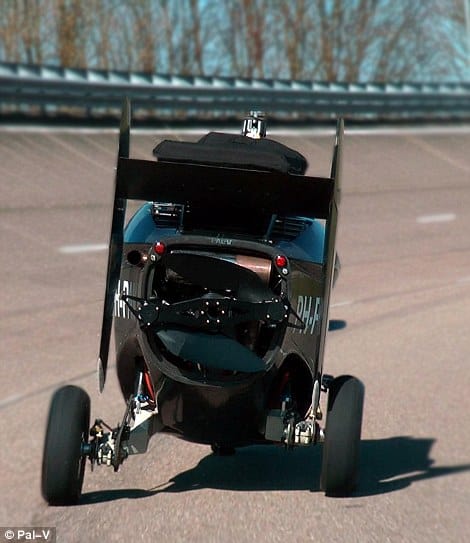 The CEO of the firm, Robert Dingemanse had stated that it is clearly impressive that a magazine with a readership of around 9 million people could recognize the work done in the creation of a flying car which really adapts to the current regulations and is considered safe for flying.

He has promised substantial updates in the forthcoming months as the firm starts the manufacturing of the PAL-V Limited Edition model. Moreover the firm has also informed that it is `very advanced’ in endorsing the product in Europe under EASA CS 27 regulations.Once it is finalized, it would enable them to certify under FAR 27 regulations on the side of Atlantic.

The PAL-V design is said to be `the ultimate vehicle to go wherever and whenever one wants to go, by the firm, which would overcome all kinds of obstacles. Now one can leave home and fly-drive to any place and avoid traffic jams and cross lakes, fjords, rivers or mountain ranges like an eagle. 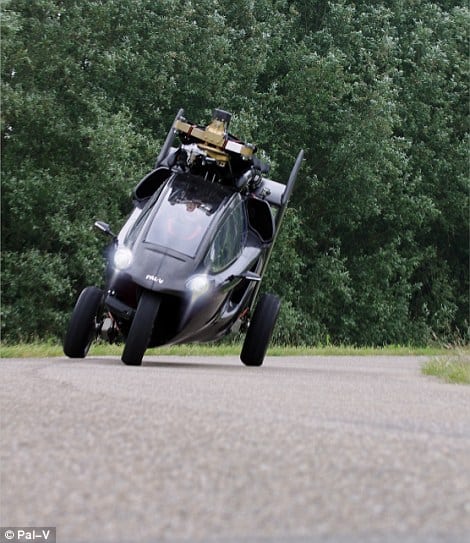 You could land on the other side and drive to your final location in your own vehicle. The firm had already flown its design many times. The Vice President of Sales in North America, Mark Jennings-Bates had informed that when they have a prestigious brand like Top Gear referring to our PAL-V vehicle as the world’s first credible flying car and not Maxim men’s magazine giving a thumbs up for the world’s first real flying car, it meant a lot to them.

He further added that they had begun talking to buyers and has the first contracts in place together with a lot of interest and expecting deliveries of a certified PAL-V in North America to materialize in 2018. 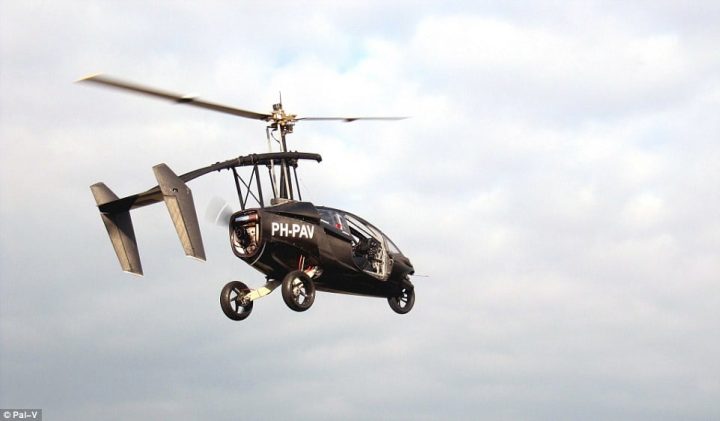 While on the ground, the PAL-V vehicle tends to drive just like a sports car, states PAL-V, and within minutes its rotor tends to get unfolded and its tail gets extended.  Thereafter it is ready to take off owing to the enhanced gyrocopter technology.

Due to its successful test results, it is said to prove that it is not only capable of building a flying car but also that it is possible within the prevailing international rules for flying as well as for driving.  PAL-V One tends to feature a 230hp, four cylinder engine which is powered by petrol.

With its 27 gallon tank, pilots can fly up to 220 mile at low altitudes, around 4,000 feet or drive up to 750 miles and is made of carbon fibre, titanium and aluminium, weighing about 1,500lbs. The helicycle goes from 0 to 60 mph within eight seconds. The gyrocopter has been designed to cruise at low altitudes and requires a 540 feet runway for take-offs and for landing it needs only 100 ft.