What it’s all about

It is almost a daily phenomenon that a new smartphone launches. A certain date in the month of March is no exception to the rule. Launched very recently is the new from the smartphone manufacturer Xolo. The new Xolo handset is called the Q600 Club and it has quickly become a part of the affordable yet decent smartphones list. All swanky, good and quality smartphones need not cost a fortune, and that is what Xolo tends to prove. Priced at around 100$, looking pretty good, with exciting features to boot, this smartphone may well become the next popular device that everyone wants to buy. It is all set to make things pretty difficult for other smartphone manufacturers in this country selling phones in the same price bracket. Boasting an Android KitKat 4.4.2 OS, this sure is a device to watch out for.

Some Features of the Phone

As already stated Xolo Q600 Club has Android KitKat 4.4.2, which is among the latest Android software. Among its other exciting and latest features the best is the DTS audio. This is a treat for every music lover out there and improves the quality of music than ever before. Another very interesting feature of this new Xolo handset is that it works like auniversal remote. What this means is that basically this phone allows one to use it as a remote control for various electronic gadgets like DVRs, air conditioners, DVD Players etc. Other specifications of the device include a FWVGA IPS 4.5-inch display. 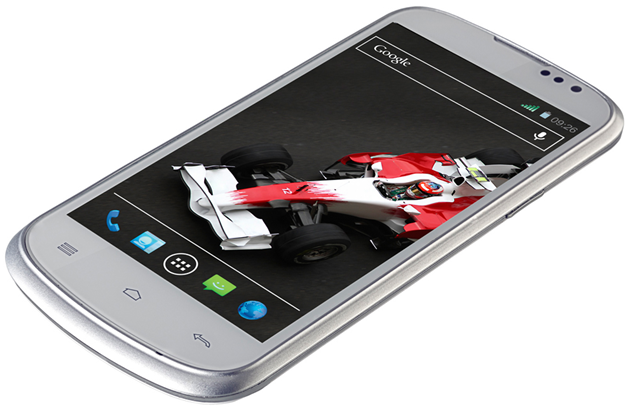 As far as memory and processor is concerned, the device boasts of a MediaTek 1.3GHz quad core processor; the RAM, however, is on the downside with just 512 MB, but the internal storage is pretty high (4GB) and it also comes with an expandable storage, microSD support, with a limit of 32GB. While the rear and primary camera is a decent 5MP, the front and secondary camera is just a VGA snapper. The phone also has a decent battery capacity of 1800 mAh. This enables the phone for 3G talk time of up to 8 hours or video playback up to 6.2 hours. The phone is also pretty advanced in the fact that it supports gesture, all with the help of Smart Light and Smart Wake tools.

Why should you buy?

This phone is perhaps the best among all its competition is this price range. Xolo Q600 Club has been created with the sole purpose of surprising its users. It is hard to imagine such amazing features in this price range, that too on a phone of a reputed manufacturer. It is accepted that the camera features are not too swanky, but it is decent enough. Anyway one doesn’t and shouldn’t expect a cutting-edge camera at this price range. Other than that every feature mentioned above is pretty unimaginable for a phone at this price range. This phone is suitable for anyone wishing to a buy a decent and long-lasting smartphone but isn’t willing to spent a fortune on it.